Lest you think fake news is a recent problem, here are a few samples from the Napoleonic era.

King of Rome not Napoleon’s son 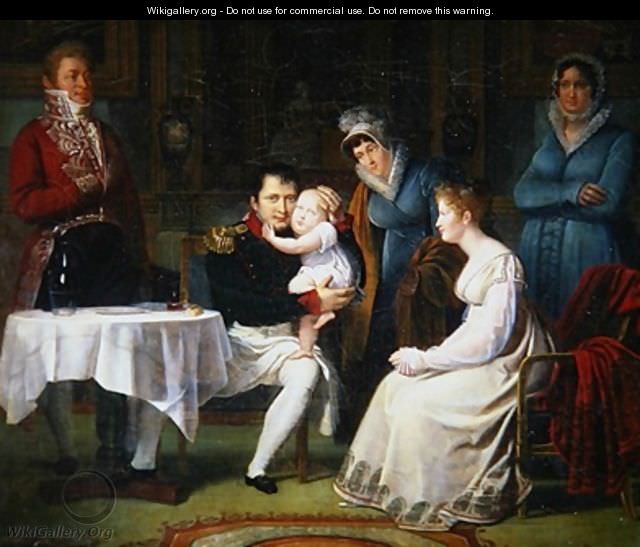 Substituted at birth? Napoleon I, Marie Louise and the King of Rome by Alexandre Menjaud, 1812

Napoleon’s only legitimate child, the King of Rome, was born on March 20, 1811 in a particularly perilous delivery. This led to reports that he was not Napoleon’s son.

The Times Newspaper, June 13, 1815, has taken an extract from a French work of notoriety…entitled ‘Notes to M. Lafont D’Aussonne’s Poeties Fugitives,’ wherein he endeavors to prove that the son of Napoleon is only an imposture and not from the body of Maria Louisa; stating that Buonaparte, suspecting his wife would not produce him an heir to his throne, therefore, previous to her delivery, had provided a male child ready in an adjoining apartment, should she fail as he suspected.

As the author states, ‘the delivery of the Empress was extremely difficult, although the greatest precautions were taken; and there was a moment when she was supposed to be lost.’ With the permission of her ‘august spouse,’ they made use of instruments, and this skilful operation effected the delivery. The mother was saved, but the little girl which she brought into the world was dead before its birth; its body was entirely mutilated, &c. &c. (1)

On February 21, 1814, with the armies of the Sixth Coalition pushing into France, news arrived in Dover that France had been defeated, Napoleon had been killed by a party of Cossacks, the Allies were in Paris, and the Napoleonic Wars were over.

A most criminal imposition was practiced upon the public, evidently with a view to enhance the prices of the funds, and particularly of Omnium [a government bond]. About 11 o’clock, an express arrived from Dover communicating information that an officer, apparently of the French staff, had landed early in the morning at that part from France, who announced, in the most positive terms, the death of Buonaparte, that the Allied Armies were in Paris, &c.; but they stated that the French officer, after communicating the substance of his dispatches to Port Admiral Foley, in order to be communicated by telegraph to the Admiralty, as soon as it was daylight had proceeded on his way to London with dispatches for Government on the subject.

The Stock Exchange was instantly in a bustle. Omnium, which opened at 27½, rapidly rose to 33. Vast sums were sold in the course of the day. One broker disposed of the enormous sum of 650,000£ for his employers, which transaction, it is estimated, on a moderate calculation, produced a net profit of 16,000£. The whole account of the transfers exceeded a million and a half. At length, after some hours had elapsed, the non-arrival of the pretended French officer began to throw discredit on the tale. Omnium gradually declined, and finally closed at 28½. (2)

The next day Omnium fell back to 26½, leaving many investors with losses. The hoax became known as the Great Stock Exchange Fraud of 1814. Lord Thomas Cochrane, a member of Parliament and naval hero, was arrested, tried and imprisoned, along with his uncle and his financial adviser. Cochrane always maintained his innocence and was eventually pardoned. 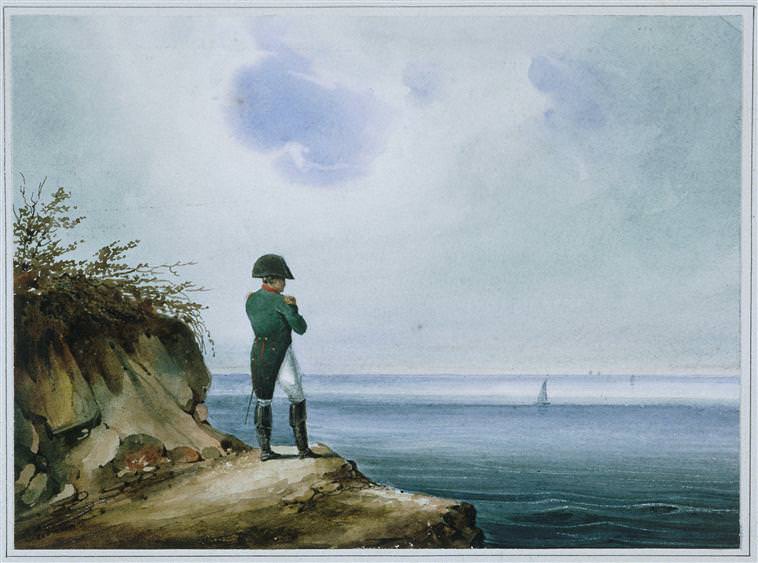 Did he get away? Napoleon on St. Helena by François-Joseph Sandmann

Throughout Napoleon’s captivity on St. Helena, there were periodically reports that he had escaped. Here’s one from 1820, which – even as it printed it – the London Morning Post recognized as fake news.

We copy the following ridiculous article from a New York Paper, and believe we may venture to pronounce the silly story as not having the slightest foundation in fact.

Extract of a letter from St. Thomas’s, Sept. 18: I hasten to communicate to you that information has just reached us that the crew of the French frigate Junon, when off the Island of Ascension, headed by several of the officers, rose upon the captain and confined him below. They immediately proceeded to St. Helena, and arrived when the 74, with the sloop of war and guard ship, were cruising at some distance from the island. The Junon having the British colours flying, was mistaken for an English frigate, and permitted to anchor on the left of the water batteries. Having chosen an excellent position for raking the two lower batteries, she commenced an enfilading fire, which being as sudden as unexpected, did immense execution, and threw the garrison into confusion. Before troops were stationed and order restored, it was visible form the frigate that several officers of the garrison were killed or wounded, all which increased the confusion arising from the sudden attack.

Napoleon not having been deceived as to the character of the frigate, when at a considerable distance (it being the same in which he returned from Egypt) and confirmed in the opinion by the Commander, made the best use of his time. He induced one of the guards to accompany him. In a soldier’s uniform he passed the guard-house, reached the shore, and in the confusion seized a boat which was chained to the rock, and put off for the Junon; as soon as the boat was perceived by the frigate, she cut her cable, made directly for and took in Napoleon, two attendants and the soldier, and put to sea. This occurred upon the third or fourth day after the brig Archer left St. Helena. The guard ship, a 74 and sloop chased at a great distance til dark; the Junon threw out false lights, and changing her course, escaped, and arrived here early this morning. There is the greatest bustle here, all anxious to see Napoleon, though few, I think will be gratified. He remains on board; his drafts on Rothschild are offered in payment for supplies. It is understood she will sail in a day or two for the United States. There is some doubt on the subject of his reception there. (3)

If you’re curious about what might have happened if Napoleon had actually arrived in the United States, read Napoleon in America.

In a soldier’s uniform [Napoleon] passed the guard-house, reached the shore, and in the confusion seized a boat which was chained to the rock, and put off for the Junon.