My novel Napoleon in America imagines what might have happened if Napoleon Bonaparte had escaped from St. Helena. That was the remote South Atlantic island to which Napoleon was banished after being forced off the French throne in 1815 following his defeat at the Battle of Waterloo. How difficult would it have been for him to escape? 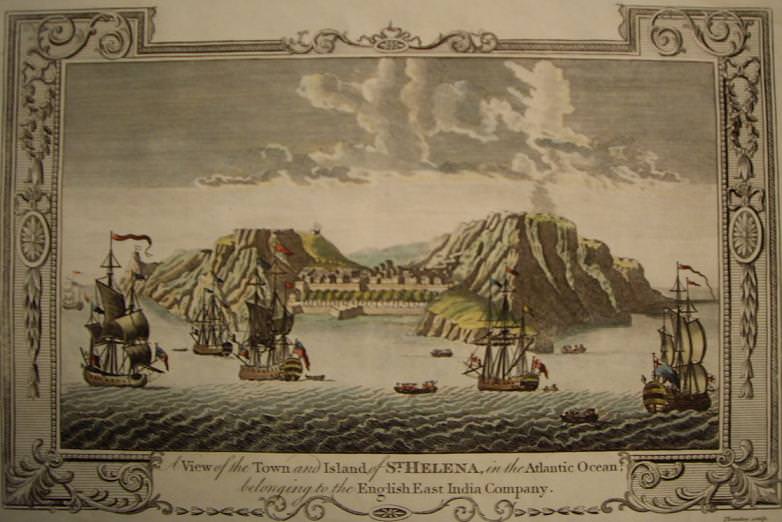 A View of the Town and Island of St. Helena in the Atlantic Ocean belonging to the English East India Company

Napoleon was considered the prisoner of the four major powers that had allied to defeat him: Great Britain, Austria, Prussia and Russia. Britain had custody of him. A volcanic speck 1,200 miles (1,900 km) west of Africa and 2,000 miles (3,200 km) east of Brazil seemed an ideal place to stash a public menace, especially one who had earlier in the year managed to escape from the considerably less remote island of Elba.

Jailbreak would be a tough proposition. The island’s forbidding terrain was augmented by strong fortifications. As Alexander Beatson, an officer in the East India Company (which possessed the island) and governor of St. Helena from 1808 to 1813, wrote:

The extraordinary formation of the island itself, being encompassed on all sides by stupendous and almost perpendicular cliffs, rising to the height of from six to more than twelve hundred feet, and through which formidable barrier there are but few inlets to the interior, are collectively such a variety of natural advantages that perhaps they are not to be equalled….

The only accessible landing-places are James Town, Rupert’s Bay and Lemon Valley on the north and Sandy Bay on the South. All these points are well fortified and powerfully protected by Fleur d’eau Batteries, furnished (excepting Sandy Bay) with furnaces for heating shot; and as cannon are also placed upon the cliffs in their vicinity, far above the reach of ships…no ships could possibly stand the fire of the defences which protect the anchorage and the whole of the Northern coast; and in regard to the Southern landing place, Sandy Bay, it is equally secure against a naval attack….

[T]here are several small paths from the interior leading down the precipices to the sea, which are frequented by fishermen, but they are so very difficult of access that persons unaccustomed to such frightful roads would find it extremely difficult, if not impracticable, and particularly in the night, to ascend them…and they might very easily be defended by rolling stones from the heights….

Telegraphs…are placed upon the most commanding heights…and are so connected with one another, and so spread all over the island, that no vessel can approach without being descried at the distance of sixty miles…. Nothing can pass in any part or even in sight of the island without being instantly known to the Governor. (1)

Despite Governor Hudson Lowe’s efforts to ensure that Napoleon and his retinue at Longwood House were heavily guarded, there was no shortage of escape plans. On the International Napoleonic Society’s website, Lally Brown, author of the excellent The Countess, Napoleon and Saint Helena, has nicely transcribed an intercepted 1816 letter to Napoleon’s companion in exile, General Henri Bertrand. This describes a “boat that will drift to the back of the Island…in the shape of an olde (sic) cask but so constructed that by pulling at both ends to be sea worthy and both boat and sails which will be found inside will be painted to correspond with the colour of the sea.” Napoleon was expected to slide down a cliff on a rope to get to this vessel, the ultimate destination being the United States. (2)

Another of Napoleon’s companions, General Charles Montholon, referred in his memoirs to several schemes of escape, including an 1820 proposal from a naval captain.

His vessel was returning from the Indies; he had arranged everything so as to be able to receive the Emperor in a boat at a point of the coast previously designated and convey him to his vessel without running the slightest risk of being stopped. He asked no reward for himself, but demanded a million of francs for the person whose concurrence was necessary, in order that the Emperor might safely pass from Longwood to the coast. This million was not to be payable until the Emperor had reached America, and even landed; another condition was, that the Emperor should only be accompanied by two persons…. Another project of a similar nature was conceived; it was to be carried out by means of submarine vessels; five or six thousand louis were expended on this project by a friend of O’Meara’s [an Irish surgeon who had earlier been Napoleon’s doctor on St. Helena]. (3)

Though a submarine plot sounds far-fetched, an Irish adventurer named Tom Johnson claimed he had been offered £40,000 to attempt such a rescue. There is evidence Johnson was involved in such a plot and may even have possessed a primitive submarine, as detailed in couple of articles–one by Emilio Ocampo in Napoleonica. La Revue; the other by Mike Dash on the Smithsonian website. 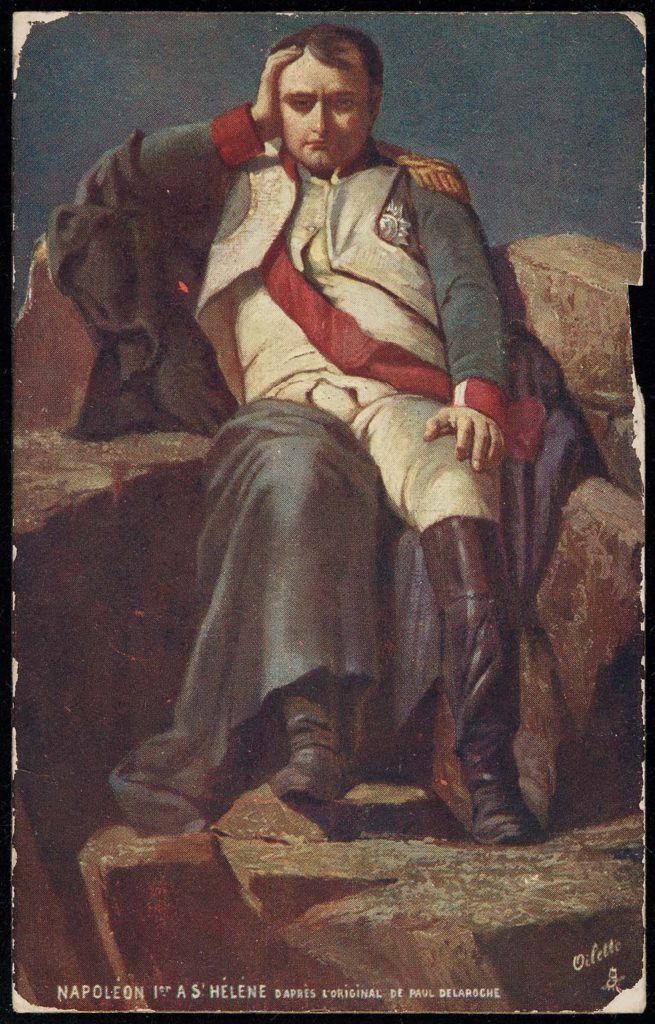 According to Montholon, Napoleon considered several escape plans but declined to take advantage of them. “[H]is resolution not to struggle against his destiny being immovable, he must persist in refusing his offers.” (4) Napoleon feared he would be assassinated or forgotten if he went to the United States, and thought it better to remain a martyr on St. Helena. He also hoped that an eventual change of government in either London or Paris would allow him to return from exile.

This did not stop tales of rescue attempts from circulating. Many of these involved privateers and adventurers in the Gulf of Mexico or Brazil. The last chapter of The Bonapartes in America, by Clarence Edward Macartney and Gordon Dorrance (Philadephia, 1939), describes several of these escapades. Historian Rafe Blaufarb posits that most such stories were spread deliberately by Napoleon’s supporters to foment panic among European governments and to retain the attention of the political opposition in France and Britain. (5)

Still, Governor Lowe’s cordon was penetrable. Napoleon and his suite were able to bribe British officers and others to get around the restrictions on communication and carry letters and papers to Europe. European visitors smuggled in messages and gifts for Napoleon, including locks of his son’s hair. Niles’ Weekly Register reported on August 8, 1818, that “[a] sailor belonging to an East India ship has terribly alarmed wise Johnny Bull by reporting that while the ship lay off St. Helena he swam to the shore, clambered the rocks, eluded the guards and paid a friendly visit to some of Napoleon’s domestics, with whom he was acquainted!” (6)

Over the years conspiracy theorists have contended that Napoleon did escape from St. Helena and wound up either in Europe or the United States. They claim that it was not Napoleon who was buried on St. Helena in 1821 and removed to Paris in 1840, but an alleged double. Candidates for this role vary, depending on the theory. (7) This is the basis of the films The Emperor’s New Clothes (2001) and Monsieur N (2003).

While I am firmly in the camp of those who believe Napoleon died on St. Helena, it is fun to speculate about what might have happened if he had escaped. You can read an excerpt from Napoleon in America here.

24 commments on “Could Napoleon have escaped from St. Helena?”

The extraordinary formation of the island itself, being encompassed on all sides by stupendous and almost perpendicular cliffs . . . and through which formidable barrier there are but few inlets to the interior, are collectively such a variety of natural advantages that perhaps they are not to be equalled.