Dehahuit was the great chief of the Caddo Indians who lived in what is now southwest Arkansas, western Louisiana and eastern Texas in the early 19th century. As his tribes were positioned on the disputed border between Spanish-held Mexico and the United States, Dehahuit became a shrewd diplomat. He was skilful at playing the Spaniards and the Americans off against one another. Dehahuit aimed to gain the best gifts, trading terms and protection from each, as well as respect for the independence and integrity of traditional Caddo lands. In Napoleon in America, Dehahuit hopes to obtain the same concessions from Napoleon. 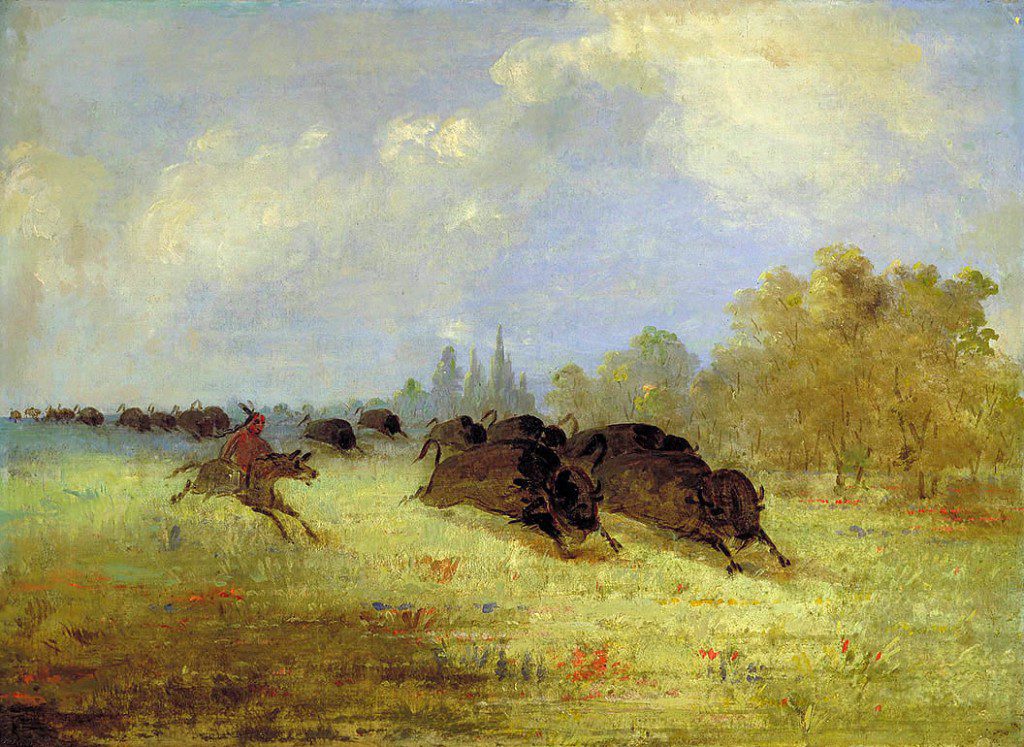 The “most civilized” Indians

Dehahuit was probably born in southwest Arkansas in the last half of the 18th century. He said he was the son of the great chief Tinhioüen. Dehahuit became chief of the Kadohadacho, the most prominent of the Caddo tribes, sometime around 1800. By this time he was living near Sodo Lake on the present-day Texas-Louisiana border. In his 1820 “Report on the Barbarous Indians of the Province of East Texas,” Spanish official Juan Antonio Padilla wrote of the Caddos:

In this tribe, there is a leader or chief called a Gran Cadó, whom nearly all the friendly nations recognize as a superior. This office is usually hereditary, and holds its titles or commissions con medalla ever since the time when Louisiana was a Spanish possession. Considering the fact that they are heathens, the moral customs of these natives are good, since they are not ambitious like the Comanches nor deceitful like the Lipanes. They live by farming and hunting. … They enjoy social intercourse, dislike theft, and treat Spaniards well, entertaining them in their houses and aiding them in every possible manner. They are faithful in keeping their contracts. … They, of all the Indians, perhaps, are the most civilized. (1)

Dr. John Sibley, the American Indian agent in Natchitoches, Louisiana, also held a favourable view of the Caddos. Sibley cultivated a good relationship with Dehahuit. In January 1810 he wrote to the US Secretary of War:

[T]he Spaniards made an irruption into the country on this side [of] the River Sabine, went to the Caddo Nation, menaced the Indians, cut down & took away with them a United States flag which I had given the Caddo chief…& committed many other acts of outrage in the face, & within the knowledge of all the Indian tribes, who saw likewise our forbearance, which they construed into cowardice, or impotence in us, which had such an effect upon the Indians that they refused to go with me.…. But the great Caddo Chief never withdrew from me his particular confidence & friendship, who is a man of more importance than any other ten chiefs on this side of the Mississippi within my agency, with this man who has a strong mind I have frequent long & friendly conversations, in which I have entertained him in an account of the wars & politicks of the world, the present & probable state of Spain etc. I believe now he would readily consent to make you a visit & it appears to me it would be politic at this time to have it effected. For if the French should finally succeed in destroying the government of Spain in Europe they will put in motion every engine to gain an interest in these Spanish provinces & will no doubt have their emissaries among the Indians who have always had a predilection for them. (2)

Dehahuit repeatedly complained to Sibley about the intrusion on Caddo lands by American settlers and immigrant Indian tribes. He complained about the raids being committed on the Caddos by the Osages and the Choctaws, who were based in the United States. Dehahuit also wanted Sibley to stop American traders from giving whiskey to his tribesmen. Whereas the French and the Spanish rarely offered alcohol in their exchanges with the Indians, the Americans showed no such restraint. This resulted in a drinking problem among the Caddos and other tribes. Though Sibley was sympathetic, he was unable to stop this.

Inconveniences arise having the factory [trading post] in the little town of Natchitoches, bringing the Indians amongst the citizens where there are so many shops or places where spiritous liquors are sold, all our vigilance is ineffectual in keeping them from intoxication, & disturbing the village, and there when in that state frequently robbed of their property by negroes & unprincipled white men. (3)

Sibley hoped to be of more use in helping Dehahuit improve the Caddos’ farming skills. In May 1813 he wrote to the War Secretary:

The Caddo Chief has lately informed me that he wished to live more in the family way & asks for some assistance (viz). Some good man to be procured to live amongst them who could keep their tools in order, teach them how to plow, to manage stock etc. … This man is a very important character & his nation generally well behaved people, & the nations to the West as far as River Grand almost entirely under his influence. Should you think proper to allow me to be at some small expense to assist him to carry his wishes into effect it will give me great pleasure to do so. (4)

Dehahuit used his influence to persuade other Indian tribes not to support the British against the Americans during the War of 1812. By the end of the decade, however, Dehahuit had become less friendly towards the United States. Americans and other Indians continued to move onto Caddo land. Dehahuit tried to establish a pan-Indian confederacy to strengthen his bargaining power with the United States. However, the immigrant Indians had no desire to put themselves under his leadership, and the Americans did not regard the alliance as a deterrent. When the Cherokees under Chief Duwali migrated into northeast Texas in 1819, they settled on land claimed by the Caddos. As more Cherokees arrived, they claimed to be the spokesman for east Texas Indians. Dehahuit regarded this role as his own. The two nations grappled for power. Dehahuit and the Caddos lost ground.

As American settlers and land speculators carved up western Louisiana and Arkansas, the Caddos found their land being taken from them. Dehahuit died in March 1833. His successor possessed little of Dehahuit’s power and charisma. Two years after Dehahuit’s death, the US government pressured the Caddos into giving up their claims to land within the United States (approximately one million acres) in exchange for $80,000: $30,000 to be paid in good and horses, and $10,000 in cash every year for five years. The Caddos received very little of this. The treaty bound them to move outside the borders of the United States. Most moved to east Texas, where they found themselves outnumbered by the Cherokees and distrusted by the Anglo-Texans.

To learn more about the Caddos in Louisiana, read “5 Ways to gain a glimpse in Caddo Nation’s influence” in the Shreveport Times.

This man is a very important character & his nation generally well behaved people, & the nations to the West as far as River Grand almost entirely under his influence.