José Félix Trespalacios, an insurgent who fought for Mexico’s independence from Spain, became the first governor of Texas in newly-independent Mexico in 1822. As such, he has to deal with the arrival of Napoleon Bonaparte on the Texas frontier in Napoleon in America. Trespalacios was a hard-working and optimistic governor. He established the first Texas bank, negotiated an agreement with the Cherokees, supported Stephen Austin’s colony, and introduced the first printing press to Texas. His term was short, however, and most of his innovations came to naught. 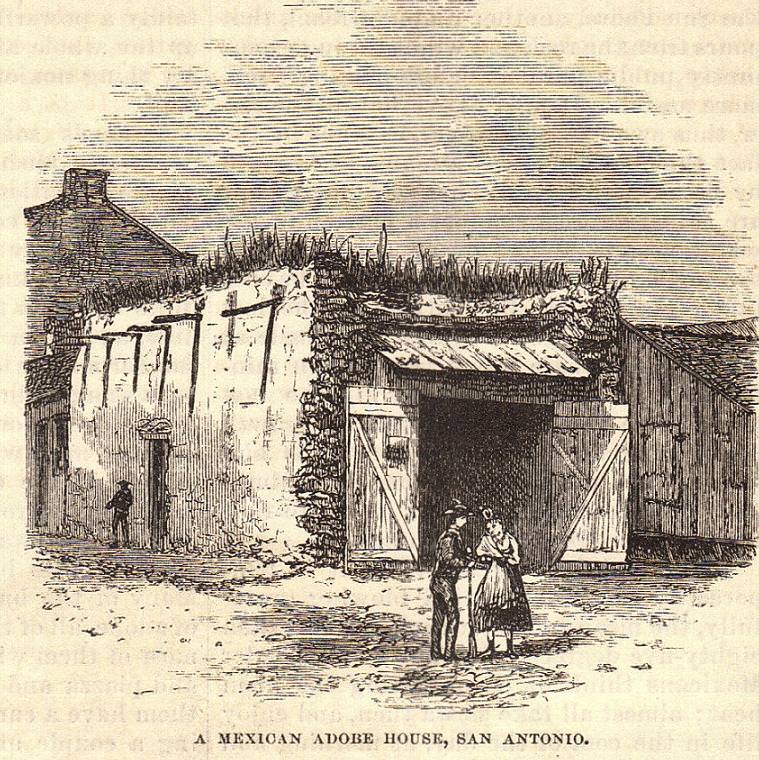 José Félix Trespalacios was born in Chihuahua, Mexico in 1781. He was the son of Francisco Antonio Trespalacios, a Spanish immigrant who served several times as the alcalde (mayor) of Chihuahua. At the time, Mexico was under Spanish rule. When the war for Mexican independence broke out in 1810, José Félix Trespalacios joined the militia. Though he was supposed to be supporting the royalists, his sympathies lay with the rebels. In 1814, Trespalacios was elected alcalde of Chihuahua. In November of that year he was arrested and tried for conspiring to provoke a rebellion. His initial death sentence was commuted to ten years in prison. Trespalacios escaped (possibly in Havana) and joined a rebel band fighting in the Mexican countryside. Sometime between 1816 and 1819, Trespalacios was again captured and imprisoned. For a second time he escaped. His wife, Ana María García Roiz, assisted in one or both of his escapes.

José Félix Trespalacios wound up in New Orleans, where he joined James Long’s 1820 filibustering expedition to Texas. Trespalacios was named military commander of the expedition. It was thought that putting a Mexican in nominal charge would give the venture political legitimacy and financial support.

It was agreed…that Trespalacios should be invested with the chief command on the condition of his obtaining a recognition of the enterprise from some of the newly created juntos in the Interior, and a due authority from them for its prosecution. This was readily effected through some of the Mercantile houses in New Orleans; and the arrangements thus entered into, being communicated to General Long, he very readily assented to them, as the best means of nationalizing his proceedings and rendering them acceptable to the people of the United States, as well as to the Mexican nation. He was also encouraged to believe that the finances of the enterprise might be a little improved. Trespalacios himself was very sanguine of being able to retain resources from the Interior; and accordingly addressed various letters to the Insurgent Chiefs, invoking their pecuniary assistance. (1)

was received with a warm and generous welcome; heightened, no doubt, by the timely supply of provisions and clothing which he brought with him. His presence had a tranquilizing effect. He was a tall, sedate and dignified man, gentlemanly in his deportment, kind in his expressions and liberal in his dealings. He assumed command without giving offense to any, and entered upon the discharge of his duties, with a promptness, zeal and sound discretion which inspired general confidence, and gave new life and animation to the garrison…. There was but one draw-back to the general jubilee; and that was the disposition of the new Commander to set them to work instead of fighting…. It was their contempt of the vulgar pursuits of industry which had led them to adopt the more glorious profession of arms. (2)

As the expedition was low on funds, Trespalacios issued treasury notes to the soldiers in payment of their dues. The men’s joy at getting paid turned to anger when they discovered that the notes were not accepted by New Orleans merchants.

There was no deception, however, practiced on the part of Trespalacios neither in this; nor indeed in any other matter; for his conduct was always frank, liberal and up-right…. The provisions at Bolivar Point being nearly exhausted, it became necessary for Trespalacios to repair to New Orleans for fresh supplies. Previous to his first debarkation from this City he addressed a communication to some of his Revolutionary compatriots of Mexico, appealing to them for pecuniary aid for the prosecution of his purposes…. On his arrival, however, to his great discomfort and confusion he finds that his friends had not responded to his communication; and as his chief reliance was upon them, for the necessary means to supply the wants at Bolivar, as well as to meet his own daily, individual expenses, he soon found himself entangled in a labyrinth of difficulties from which it was no easy matter to extricate himself…. Some fifty of the persons attached to the enterprise had accompanied him to New Orleans, for the purpose, probably of rioting upon their Treasury Notes; and finding on their arrival that Trespalacios possessed neither credit nor resources, and that the Scrip which he had issued to them, was valueless and worthless, they took no pains to conceal their dissatisfaction nor hesitated to conspire against him. (3)

News of the revolutionary Plan of Iguala reached the Long Expedition in July 1821. Trespalacios sailed with Ben Milam down the Mexican coast, hoping to contact rebel leaders Agustín de Iturbide and Vicente Guerrero. Their plan was to join the republican forces, raise funds, and move back up the coast to unite with Long’s forces. Upon landing at Veracruz, they were imprisoned by royalists on suspicion of conspiring to proclaim a republican form of government. They were eventually freed and went to Mexico City, where Iturbide had become president of the provisional governing junta of newly-independent Mexico. Milam was opposed to Iturbide, while Trespalacios supported him.

As described in more detail in my post about Ben Milam, James Long was killed in mysterious circumstances in Mexico City on April 8, 1822. Milam suspected that Trespalacios had plotted the murder. He considered this suspicion confirmed when Iturbide appointed Trespalacios as governor of the province of Texas. Milam and other Long sympathizers planned to intercept and kill Trespalacios on his way to Texas. However, two of the men warned Trespalacios of the plot. Milam and his associates were arrested.

José Félix Trespalacios arrived in San Antonio de Béxar, the capital of Texas, in August 1822. His wife, whom he had not seen for years, joined him in October. One of his first acts was to order a detachment of soldiers to gather the remains of the bodies of the republican warriors killed in the Battle of Medina in 1813 – still scattered across the battlefield – and bury them under an oak tree on the site. His first proclamation to the inhabitants of Texas read:

You are free: as such, you may criticize my actions without fear of being inconvenienced neither in body nor in your opinion…. You are going to freely engage with other Nations, and I hope that your social virtues will instill confidence and make credible this new nation that will soon appear on the face of the Universe. (4)

Texas was thinly populated and underdefended. San Antonio and La Bahía del Espíritu Santo (Goliad) had only 250 poorly equipped soldiers between them. The chaos of the independence war meant that these frontier troops had often gone without pay or supplies. In October 1822, Trespalacios convinced the San Antonio ayuntamiento (town council) to establish a bank to issue paper notes to cover soldiers’ salaries until Mexico City could send their wages in silver. The Banco Nacional de Texas (Texas National Bank) issued approximately 12,000 pesos, in two installments in November and December 1822, to be backed by the silver due from the central government. Bank operations were suspended in early 1823, when Iturbide decided Mexico should issue its own paper currency. He decreed that Texas paper should be exchanged for Mexican. Holders of the Texas notes refused, arguing that Trespalacios had guaranteed payment in specie. It wasn’t until 1830 that the remaining Texas notes were finally exchanged for coin.

In November 1822, José Félix Trespalacios signed a treaty with the Cherokee Indians, as described in my post about Cherokee Chief Bowles (Duwali). Trespalacios wrote about this, and his other activities and concerns, in a letter to Stephen Austin on December 15, 1822.

As soon as I arrived here as Governor of this province I endeavoured to promote its welfare. I directed the inhabitants of the Colorado to appoint an alcalde of their own choice to administer justice, and organize the militia to oppose the Karankawas or other intruders who might attack their persons or their property. I provided the wants of some distant settlements who petitioned for the protection of the Government. The presence of several Indian chiefs in this place gave me the opportunity to bring to an understanding nations who had been heretofore at war. Though the plan of colonization is not yet known I am confident it shall be drawn up upon liberal principles and will afford to industrious emigrants the advantage of a rich soil fit for every kind of crops. I expect shortly a strong reinforcement of troops and intend to visit with them the province and leave detachments at the most important points to protect the settlers and travellers. While I am waiting with anxiety the means of contributing to the final happiness of this section of the Empire I feel myself somewhat disappointed in my expectations in seeing a band of villains, Spaniards and Americans, actually engaged in stealing mules and horses and so bring them with impunity to the United States. The existence of this set of robbers cannot be but prejudicial to the inhabitants of both countries, therefore I take the liberty to ask your opinion upon the measures which are better calculated to stop such criminal a traffic. (5)

The promised reinforcement of troops from the central government never arrived. In December 1822, Mexican generals Antonio López de Santa Anna and Guadalupe Victoria signed the Plan of Vera Cruz, aimed at abolishing Iturbide’s monarchy and transforming Mexico into a republic. On March 19, 1823, Iturbide resigned. The Texans were slow to catch on to the new state of affairs, in part because the news took some time to reach them. On March 21, Trespalacios wrote to his commanding officer enclosing a petition that proclaimed the San Antonians’ loyalty to Iturbide. When Santa Anna threatened to send troops against them, the Texans amended their views.

Earlier in his term, Trespalacios had ordered equipment for a printing press to “facilitate the spread of the arts and enlightenment.” Previously, proclamations from the governor had been handwritten and posted for those who could read. On April 9, 1823, Trespalacios published 20 copies of the first known imprint from the press: a prospectus – in both Spanish and English – for a newspaper called El Correo de Texas. In it, Trespalacios expressed anger at Spain for having prevented the circulation of knowledge in Texas, and for not establishing schools or supporting the arts and industry. Even as he proclaimed the birth of freedom, however, Trespalacios forwarded a regulation from Mexico City that prohibited the introduction and circulation of books criticizing the Catholic Church. (6)

With Iturbide out of office, Trespalacios received notice that he was relieved of his duties too. He officially resigned on April 17, 1823. The new government would be a federal republic, not a monarchy. Before Trespalacios’s departure from San Antonio, the Texans elected him to represent them on the newly formed deputation (council) of the Eastern Interior Provinces in Monterrey. Upon arriving there, Trespalacios sold his printing press to the deputation for 3,500 pesos. There would be no printing press in Texas again until 1829.

He was a tall, sedate and dignified man, gentlemanly in his deportment, kind in his expressions and liberal in his dealings.