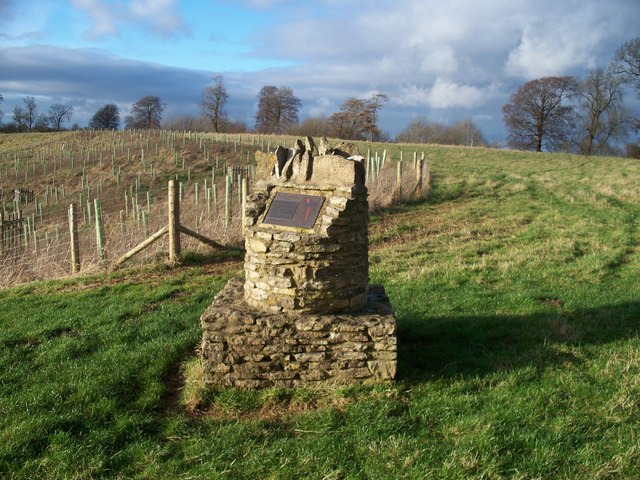 The Battle of Stow on the Wold probably didn’t happen here.

It happened, but not here

The question arises more often than you might think. The American Battlefield Trust notes, in respect of American Civil War monuments:

Monuments are not always accurately placed on battlefields. Park commissioners were often challenged on monument locations. Many times, the early parks did not own the land on which a unit fought…. Commissions also wanted to avoid haphazard placement of monuments. At Gettysburg, this meant that monuments had to be placed along the main line of battle. The problem is that units move around a lot, and these locations were at times arbitrary and vague. This approach helped to make monument placement uniform, but it also kept Confederate monuments away from Union monuments. For example, Confederate units attacking Little Round Top entered the battle along Warfield and Seminary ridges, up to one mile away from the main Union battle line. While former Confederates fought with the commissions to place monuments closer to where they had engaged the Federals, they were overruled at almost every turn. (1)

The discovery of historical evidence can change received wisdom about where an event took place. For example, survey work at the traditional site of the Battle of Stow on the Wold, fought in 1646 at the end of the first English Civil War, has failed to identify battlefield remains, leading to the suggestion that the battle actually occurred two miles from where the memorial to the battle is placed. (2)

Even when the evidence shows that a purported historical location is not what it is alleged to be, the original claim is not always corrected. Several scenes in Napoleon in America take place at the Exchange Coffee House in New Orleans. The Exchange Coffee House was operated by Bernard Tremoulet from 1811 to 1814, and by Pierre Maspero from 1814 until his death in 1822. It was at various times known as the Commercial Coffee House, Maspero’s Coffee House, Maspero’s Exchange, the French Exchange, the New Exchange, or the French Coffee House. Maspero’s Exchange offered food and drinks, gambling and billiards, and a subscription reading room. It was also the site of auctions of land, buildings and slaves.

Erected in 1810, Maspero’s Exchange was located at the north corner of Chartres and St. Louis Streets (directly across Chartres Street from Napoleon House), on part of the site now occupied by the Omni Royal Orleans Hotel. An exchange continued to operate on the site after Maspero’s death. The original building was replaced in 1838 by the new, larger City Exchange, which extended along St. Louis Street from Royal Street to Chartres.

Maspero’s Exchange was apparently never located in the building at the south corner of Chartres and St. Louis Streets. (3) Yet that building, erected in the late 18th century, which houses a restaurant called “The Original Pierre Maspero’s,” is generally referred to as Maspero’s Exchange, and the restaurant website indicates that the building was “the Original Pierre Maspero’s Slave Exchange.” (4) 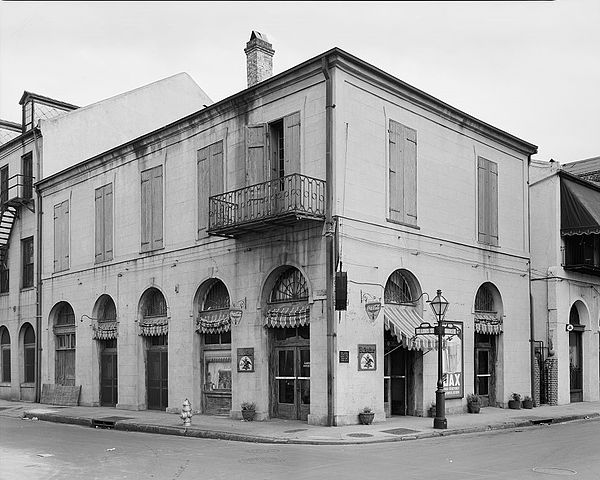 For the purpose of adding to knowledge, historical accuracy of place is extremely important. For things like targeting archaeological investigations, understanding how a battle unfolded, and investigating historical patterns of settlement, it matters quite a lot whether historical locations are correctly identified.

But history serves many purposes, and if the purpose of a marker, or a monument, or a historic site, is to educate the public about a historical event, does it matter if the location is off-kilter? Isn’t what is said about the event the main thing? In a 2015 controversy over moving an existing marker 4,000 feet to more accurately indicate where Union general Joshua Chamberlain was wounded during the Second Battle of Petersburg in 1864, a representative of the Virginia Department of Historic Resources observed:

The marker’s primary purpose…is not to provide an exhaustive account of troop movements at Petersburg, but rather to commemorate Chamberlain’s important contributions and to educate the public about them. (5)

As James W. Loewen wrote in his excellent Lies Across America: What American Historic Sites Get Wrong:

Sometimes the historical marker becomes more important than the site itself. If the place has changed, the plaque offers something to see, a way to connect with the event…. Even when the countryside hasn’t changed much…in itself the landscape reveals nothing of what happened at the site more than a century earlier. The story is told on the marker – or it should be. (6)

When we visit a location, we do not see what those who were there in the past saw. Trees are planted or cut down; rivers change course; buildings are replaced. How many of us have had the experience of returning to a place we knew in childhood only to find that it is no longer recognizable. The landscape may be so transformed that we are unable to find the precise spot we are looking for. Even historical preservation involves rehabilitation, restoration and reconstruction. And that is often based on incomplete evidence of what the place originally looked like.

Does a diner enjoying a meal in a late 18th-century building really care that the building is not the particular historical site that it claims to be? Beyond education, isn’t the purpose of visiting historical places – of seeing the landscape, the markers, of stepping on the ground – to feel a connection to the past? British poet Edward Thomas put it eloquently:

There are many places which nobody can look upon without being consciously influenced by a sense of their history. It is a battlefield, and the earth shows the scars of its own wounds; or a castle or cathedral of distinct renown rises among the oaks; or a manor house or cottage, or tomb or woodland walk that speaks of a dead poet or soldier. Then, according to the extent or care of our reading and the clearness of our imagination, we can pour into the groves or on the turf tumultuous or silent armies, or solitary man or woman. It is a deeply-worn coast; the spring tide gnaws the yellow cliff, and the wind files it with unceasing hiss, and the relics of every age, skull and weapon and shroudpin and coin and carven stone, are spread out upon the clean, untrodden sand, and the learned, the imaginative, the fanciful, the utterly unhistoric and merely human man exercises his spirit upon them, and responds, if only for a moment.…

When we muse deeply upon the old road worn deep into the chalk, among burial mound and encampment; we feel rather than see the innumerable companies of men like this, following their small cattle to the stream or the dew-pond, wearing out the hard earth with their naked feet and trailing ash staves. (7)

If the important thing is feeling that connection, does the specific location of the cue really matter? Is anywhere in the vicinity close enough? Cenotaphs and war memorials can trigger this kind of remembrance even when they are far from the site of a battle. 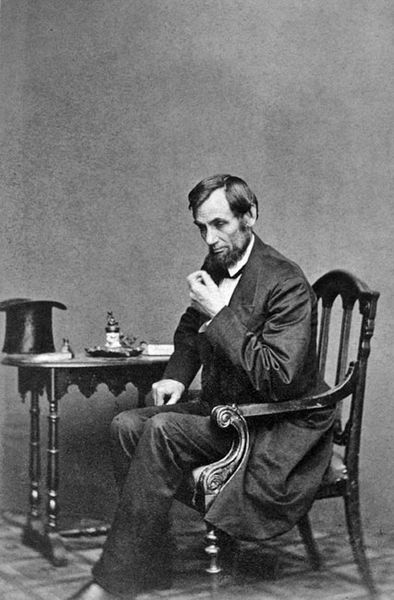 And yet…something happened in the past at a specific location: a battle took place; slaves were auctioned; somebody died. Unlike with historical films and novels, in which one anticipates some historical license being taken, visitors to historical sites expect that those sites are what they claim to be. If a marker is in the wrong place, it could be an indication that other things said about that site, or historical event, are also wrong.

These misrepresentations on the American landscape help keep us ignorant as a people, less able to understand what really happened in the past, and less able to apply our understanding to issues facing the United States today. (8)

Even when it comes to evoking a feeling of connection to the past, historical accuracy of place is important.

Being at the place where history was made has a certain power. ‘It may have been this chair where Abraham Lincoln sat when he had lunch here,’ a tourist I did not know whispered as we reached the parlor of the White House of the Confederacy in Richmond. ‘That gave me the shivers.’ (9)

If you are at a historical site thinking that Lincoln, or another historical person, was once in that same spot, and then find out that they weren’t, the frisson is diminished. You feel cheated.

14 commments on “Does historical accuracy of place matter?”

When we muse deeply upon the old road worn deep into the chalk, among burial mound and encampment; we feel rather than see.