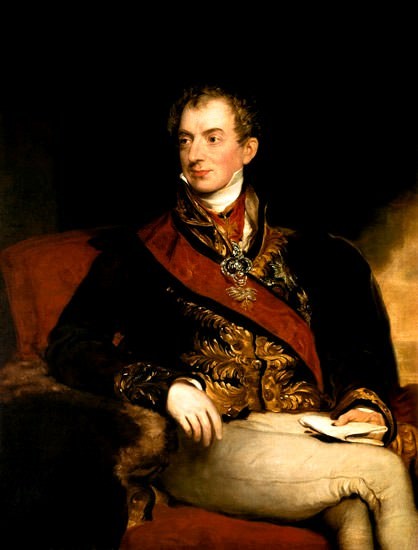 As Austrian foreign minister from 1809 to 1848, Clemens von Metternich was a major player in European affairs for twice as long as Napoleon Bonaparte. A closet admirer of the French Emperor, Metternich was concerned to show himself as the man who had outwitted Napoleon.

Clemens (or Klemens) von Metternich was born in Coblenz on May 15, 1773. He came from an old aristocratic family whose members had held many high offices in the Holy Roman Empire. After studying philosophy, law and diplomacy, he followed his father into a diplomatic career.

Metternich was appointed Austrian ambassador to France in 1806, after Austria’s humiliating defeat at the Battle of Austerlitz and considerable loss of territory in the Treaty of Pressburg.

My position was a peculiar one. I was placed at the most prominent post for observing the movement of which the Emperor of the French was the centre. I represented at his court a great monarch, whose kingdom had yielded under the force of circumstances, but which was ready to rise on the first opportunity. I was penetrated with the feeling of danger to my country, if it entered on a new war with France without having more probable chances of success; and I conceived that my task consisted in playing the part of a quiet and impartial spectator – impartial, so far as this might be possible to a man of feeling, at a an epoch when the world was passing through a social transformation…. My impartial attitude gained me the confidence of the most prominent men of different parties, beginning with Napoleon himself. (1)

Metternich saw Napoleon frequently. He wrote in detail about these encounters in his memoirs. In Metternich’s view, France needed discipline and Napoleon was the man to provide it.

There is no more useless labour than to point out that Bonaparte was an excellent man. He is in no wise wicked as this word is understood in common life. He has too much practical understanding for that. He is a very strong man, and in the different setting of another age, he would have become a very great man. (2)

Napoleon was less impressed with Metternich. At one gathering he reportedly unloaded him onto his sister Caroline (who became one of Metternich’s lovers) with the remark:

Entertain this simpleton, we are wanted elsewhere. (3)

When war resumed between France and Austria in early 1809, Metternich was arrested and briefly confined as a reprisal for the Austrian detention of two French diplomats. Napoleon defeated Austria at the Battle of Wagram (July 1809). He took more territory and money from her in the Treaty of Schönbrunn.

It was while Napoleon was at Schönbrunn Palace to negotiate the treaty that a 17-year-old German patriot named Friedrich Staps was caught planning to assassinate him with a kitchen knife – an encounter to which Napoleon refers in Napoleon in America. Staps was arrested and executed.

In October 1809 Clemens von Metternich became Austria’s foreign minister. His goal was to keep Austria afloat until Napoleon could be thwarted.

I foresaw that neither [Napoleon] nor his undertakings would escape the consequence of rashness and extravagance. The when and the how I could not pretend to determine. Thus my reason pointed out to me the direction I had to take in order not to interfere with the natural development of the situation and to keep open for Austria the chances which the greatest of all powers – the power of circumstances – might offer, sooner or later, under the strong government of its monarch, for the much-threatened prosperity of the Empire. (4)

Metternich attempted to erode Napoleon’s power. He arranged the marriage of Napoleon to Marie Louise, the daughter of Austrian Emperor Francis I. Though Metternich credited the French with initiating the marriage, the French chargé d’affaires in Vienna said it was Metternich who first raised the prospect.

Metternich successfully duped Napoleon into thinking that Austria supported France’s 1812 invasion of Russia. Meanwhile, Austria secretly encouraged a Russian victory (you can read the details of Metternich’s machinations on the Age of the Sage website). After the French retreat, Metternich dropped the cover of neutrality. He led Austria into outright alliance with the coalition against Napoleon. In a famous encounter described on the Past Now website, Metternich and Napoleon met for the last time on June 26, 1813 in Dresden. According to Metternich, he told Napoleon that he was finished.

With Austria on their side, Russia, Prussia and Britain were able to overthrow Napoleon in 1814. As a reward for his success, Francis I made Metternich a hereditary Prince of the Austrian Empire. Metternich would have liked to see France governed by a regency under Marie Louise, but the Bourbon restoration proposed by Russia, England and the French diplomat Talleyrand won the day.

The victors gathered at the Congress of Vienna, where Clemens von Metternich exercised considerable influence on the proceedings. The Congress was interrupted by Napoleon’s escape from Elba and his subsequent defeat at the Battle of Waterloo.

Metternich believed that Europe’s stability depended on a balance of power among the great powers. His aim (and that of Francis I – the two operated in tandem) was to preserve Austria’s internal peace and external power. Metternich got the allies to endorse Austrian hegemony in central Europe and Italy.

Clemens von Metternich had an aristocratic view of the international order. Kings were meant to govern and people to be governed. He dreaded revolution, liberalism and nationalism. The 1815 peace settlement was designed to contain the restlessness of the masses. Talleyrand quipped that

Austria is the House of Lords of Europe; as long as she remains undissolved, she will keep down the Commons. (5)

Metternich established a system of periodic Congresses, in which the great powers could meet to consider how to suppress revolution. The 1822 Congress of Verona appears as a setting in Napoleon in America. Metternich was a diplomat, not a strategist. He operated a on a day-to-day basis, rather than according to some grand scheme. Underlying all of his negotiations was a belief in the virtue of balance between governments, and between classes within society.

In 1821, Clemens von Metternich became the Austrian Court Chancellor and Chancellor of State (essentially the Austrian Prime Minister). He oversaw the detention of Napoleon’s son, the Duke of Reichstadt. He is said to have forbidden the Duke’s wintering in Naples, which could possibly have cured the young man’s fatal tuberculosis.

Although Metternich’s system was tested by revolutions in 1830-31, he remained the arbiter of continental European politics until March of 1848, when he was compelled to resign owing to a revolution in Vienna. Metternich and his family went into exile. They visited England, where the Duke of Wellington tried to keep Metternich entertained. They then moved to Brussels. In 1851, Clemens von Metternich was allowed to return to Vienna. He died there on June 11, 1859 at the age of 86.

It is generally thought that Metternich’s finest days were as an adversary to Napoleon. Metternich himself looked fondly back on the Napoleonic period. On August 15, 1820, Napoleon’s birthday, he wrote:

Today is the Feast of the great exile. If he were still on the throne and there was only he in the world, how happy it would make me. (6)

Metternich had a very high opinion of himself, an estimation he did not hesitate to share with others. Descriptions of Metternich by his contemporaries include “pompous pedant,” “infatuated with his own merit,” “a clever manipulator of diplomatic trickery,” and “mad with love, pride, and selfishness.” (7)

Metternich possessed elegance, a ready wit, expensive habits, and a love for parties and salons. Married three times, he also had many lovers, including Napoleon’s sister Caroline, as well as Dorothea von Lieven, the wife of the Russian ambassador to England. Wilhelm von Humboldt complained:

All that interests Metternich is arranging entertainments and tableaux vivants for the Court. He is quite capable of keeping a couple of ambassadors waiting, while he watches his daughter dance and chats amiably with the ladies. Only trifles are serious for him; and serious business he treats as a trifle. (8)

Metternich was very fond of his many children, who reciprocated his affection. He was no stranger to tragedy, losing two of his daughters to tuberculosis in the space of three months in 1820. His first wife and eldest son also died from the disease.

Clemens von Metternich wrote voluminously. His memoirs were edited and published by his son Richard, who served as Austrian ambassador to the court of Napoleon III. They contain considerable self-justification. In the end, Metternich wanted to be seen as the man who masterminded Napoleon’s downfall.

I do not think it was a good inspiration of Napoleon’s which called me to functions which gave me the opportunity of appreciating his excellences, but also the possibility of discovering the faults which at last led him to ruin and freed Europe from the oppression under which it languished. (9)

Francis I of Austria:  Napoleon’s Father-in-Law

16 commments on “Clemens von Metternich: The man who outwitted Napoleon?”

I do not think it was a good inspiration of Napoleon’s which called me to functions which gave me the opportunity of appreciating his excellences, but also the possibility of discovering the faults which at last led him to ruin and freed Europe from the oppression under which it languished.