In doing research for my novel Napoleon in America, I came across the following sad tale of a murder committed by a Frenchman in Louisiana in 1824. It was written by clergyman Timothy Flint, a native of North Reading, Mass., who visited Natchitoches in early 1825. 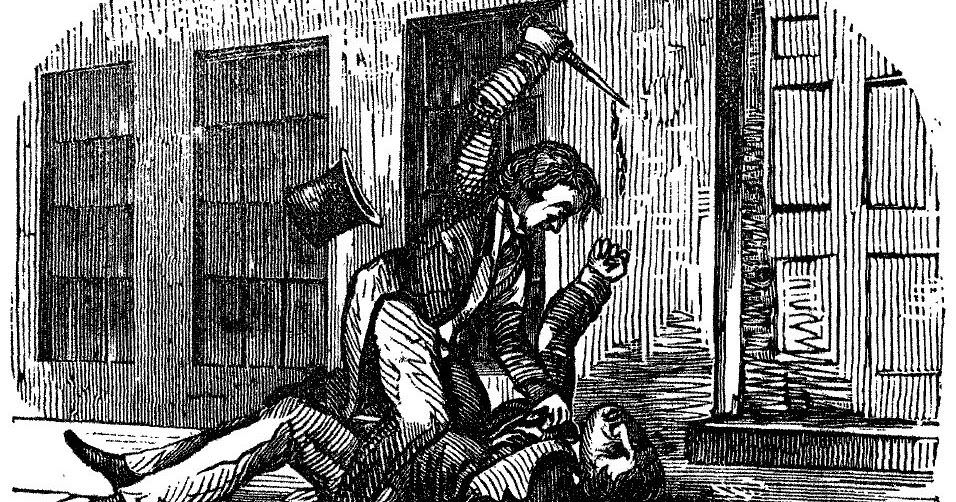 While here [Natchitoches], I witnessed a sad spectacle, which left a deep impression, and which I will take leave to relate. A French surgeon of the name of Prevot, who was said to have received a regular education to his profession in France, came here at the age, probably, of thirty-six. He was arrested, treated with gross and unwarrantable indignity, and brought to this town for commitment to jail. He was liberated on a writ of habeas corpus, and conceived a deep purpose of revenge towards the district attorney, who made out the instrument of his commitment.

On a certain evening he supped with this gentleman, and after supper walked with him apart, challenged him, as he said, and offered him his choice of weapons. Mr. Mills refused to fight him, and, as he avers, added the epithet menteur [liar], which, he said, no Frenchman could ever forgive. He drew his dirk, and plunged it into the bosom of Mr. Mills, giving him a wound, of which in a few minutes he expired. Prevot walked deliberately away to the bridge that leads over the river, and was there arrested. He was tried, and condemned sometime in autumn, and had been lying in prison under sentence of death until my arrival.

Three days before his execution, I called upon him in prison, and offered him my services as a minister. He inquired if I were a Catholic priest, informing me, that if I came, as he phrased it, with any of the mummery of confession, mass, &c. he wished to have nothing to say to me. I answered, that I was a Protestant. He eagerly rejoined, ‘vous avez raison donc,’ adding, that he should be glad to see me. He explained that he had been brought up in the school of Voltaire and Delambert, and amidst the storms of the revolution; ‘a bad kind of discipline,’ he rejoined, ‘to make a good Christian.’ He averred that he did not repent of his murder, and that under similar circumstances he should repeat the act. I visited him repeatedly, and still found him in the same frame of mind. He requested me to attend him to the gallows.

He was executed half a mile from the prison, in the pine woods. A cart with a coffin was brought to the prison, and in the midst of a vast concourse, the poor wretch, after a long confinement in a dark prison, was brought forth to die. He had a fine countenance, was pale and emaciated, and was supposed to be still under the influence of arsenic, by which he had attempted to poison himself the night before. The view of a brilliant sun seemed to have a bewildering effect upon him. I persuaded him to walk rather than ride. He took my arm, and we were a most melancholy pair, the one as pale and feeble from disease as the other was from long confinement and the scene before him. As we ascended the bluffs to the pine woods, he bowed gracefully, and with true French ease, to all that he recognised among the assembled multitudes.

Arrived at the summit of the bluff, from which the pleasant village and a vast extent of delightful scenery were visible, he gave a long and fixed look at the outstretched prospect before him. He then looked up to the sky and the sun. He waved his head, with a kind of convulsive shudder, as he seemed to be taking his final leave of nature. ‘Ah!’ said he, ‘je suis las du coeur; mais c’est pour la dernière fois.’ ‘I am oppressed at heart, but it is for the last time!’

When we arrived at the gallows, he remarked that it was a spectacle terrible to poor, feeble human nature. ‘But I must finish,’ said he, and we helped him mount the cart. He then held out his hand and said, ‘Adieu, ministre!’ I requested leave to pray, and prayed, according to his wish, in English, which he did not understand. But he seemed to understand the heart-felt tone of the prayer. When it was finished, he seemed softened, and begged me to say to the people that he asked the mercy of God, and died in charity with all the world. He then added, with emphatic earnestness, ‘Adieu, ministre! Je vous remercie.’ He then desired the sheriff to proceed, and remonstrated against longer delay.

The moment before the cart was driven from under him, he took out his snuff-box, took in each nostril a large and deliberate pinch of snuff, was returning his snuff-box to his waistcoat pocket, but recollecting that he would have no further use for it, he laid it down on the coffin, intimated that he was ready, and was launched into eternity. (1)

Newspaper reports from the time indicate that around nine p.m. on Friday, July 23, 1824, Spotswood Mills, district attorney for Louisiana’s sixth district, was stabbed through the heart in the street as he was retiring to his lodging in Natchitoches. Witnesses identified the assassin as Dr. Charles Prevot (or Prevost or Provost), a French physician who had recently arrived in the parish. In late November, Prevot was tried by a jury, found guilty of murder, and sentenced to death.

He heard his condemnation without emotion and without remorse. He confessed that he was the murderer of Mr. Mills, and…stated it to have been his intention to kill two other persons, had he not been arrested. (2)

Louisiana Governor Henry Johnson refused Prevot’s application for a pardon. In late January 1825, Prevot was executed by hanging at Natchitoches.

Spotswood Mills was born in Albemarle County, Virginia on November 14, 1791. He studied law in Virginia and moved to Louisiana no later than 1819, where he served as a member of the Louisiana House of Representatives for Natchitoches Parish. Mills was also a major of the 18th Regiment, Fifth Brigade, of the Louisiana militia. He was unmarried and had no children. (3)

The Story Behind ‘A Question of Madness’

Mr. Mills refused to fight him, and, as he avers, added the epithet menteur [liar], which, he said, no Frenchman could ever forgive.