Stupid News in the 19th Century 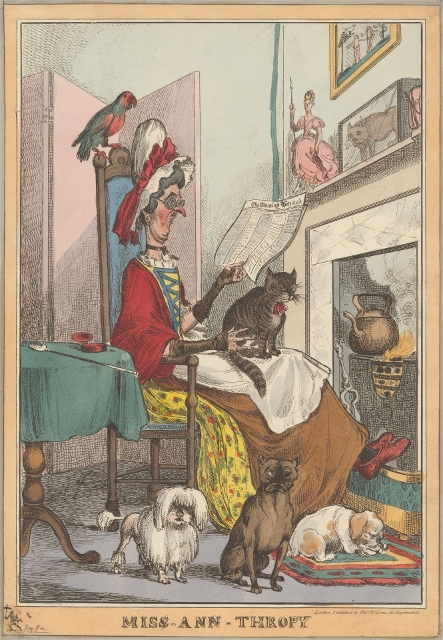 Ever get the feeling that you’ve seen a particular news story before? Is it a story about a supposedly interesting or unusual occurrence that gives the appearance of having just happened, but in fact has been circulating for months, or years, on many different sites, and is not even very interesting or unusual? You’re not alone. Stupid news has been around for at least 200 years. Here’s what one early 19th-century writer thought of these ‘little sneaking fetid nothingnesses.’

“No one can take up a newspaper without being disgusted with a number of stupid little paragraphs that go the rounds of the press. The course of the stars is not more certain than that of these niaiseries when once they are set going, and an experienced quidnunc will calculate their revolution to a day. Some particularly silly nothing, of about half a dozen lines, just fills up a column in a morning paper; it is copied into all the evening papers, and the other morning papers of the next day cannot forego such a clever little thing, that just closes the chinks, and packs their lumber close.

“The weekly papers are sure to adopt it, seeing how popular it has been with all the daily journals: then it goes the rounds of the country, as the editors of the provincial papers, finding it in all the London papers, copy it as a matter of course into their pages.

“By the time it has circulated in this way through the United Kingdom, to say nothing of its foreign travels, it is quite forgotten in the place of its birth, except by the unhappy constant readers of newspapers, who have always memories miserably tenacious of rubbish. It then travels back to the metropolis, and the editor of some London paper, in want of six lines, with the scissors dangling at his fingers’ ends, espying it in the Ballynacrasy Newsletter, straightaway cuts it out as a novelty, and transfers it to his columns; then it is again set up, and again takes the same circuit, and again comes back like a bad penny, again to go forth.

“I assure you that I have been so haunted by a paragraph of this kind, that though forewarned of its nature by the customary commencement, ‘It is an extraordinary circumstance,’ or ‘It is a singular coincidence,’ I have, after having passed it over with a pshaw in fifty different papers, read it at last in absolute despair, in order to know the worst.

They always begin with an ‘it’

“You may generally distinguish these niaiseries by this token, that they always begin with an it, and end with a note of admiration. They begin with it, because a man who has nothing to write always starts with it; it is the most pregnant of pronouns, and there is a charming vagueness in its demonstrative quality that leaves it open for the addition of any nonsense; to use the favourite phrase of the trivia, it is agreeable to any thing. Put a pen into the hands of a scribbler, and set him writing against time, and my life on it he beings with an IT, for that useful little world is never out of place, and always ready for an amplification; you write it first, and contrive to tack something to it afterwards. At all events it is a good round-about road and imposing sweep to any nothing a man has got to say. Does he wish to intimate to the universe that the moon is not made of green cheese, see how he ennobles the position by coming to it by the way of it – ‘It is an undoubted truth that the moon is not made of green cheese.’ By virtue of this pronoun the sentence is exactly doubled, and a meagre proverb is made into a good sonorous mouthful, fit for Dr. Johnson’s use.

“Then, as for the notes of admiration with which a niaiserie generally concludes, these marks are ordinarily the tributes which a man pays to his own genius: when he writes a good thing, he puts one of them as a sentinel or guard of honour over it, lest it should pass unnoticed in the crowd; the facts of newspapers being for the most part brilliant strokes of invention, the inditers of them are kept in perpetual admiration of their own creative faculty, and bestow the meed of applause of their powers of fancy in these notes from themselves to themselves. Did you ever, Mr. Editor, hear the story of the Irish journalist who killed a child to fill his paper? Good manners must compel you to say – No, so I will tell it you. The printer of the paper bawled up the speaking trumpet to the editor, ‘Sir, we want just three lines to fill the paper.’ ‘Kill a child at Waterford then,’ replied the editor. Anon the printer was again at the trumpet, ‘Sir, we have killed the child at Waterford, but still want a line to fill the paper.’ ‘Contradict the same, then,’ rejoined the editor. Now can we be surprised that men who thus hold life and death in their hand do not exactly understand the rule nil admirari? Nay, may we not find excuses for them if they are apt to wonder a little too much at their own wonders.

“A good flim-flam is not the thing to which I object, but what I abominate are the little sneaking fetid nothingnesses that are copied from paper to paper. During the session of parliament when the two houses are sitting, the collective wisdom of the nation finds the newspapers abundantly in nonsense; indeed I am decidedly of the opinion that those assembles have no other earthly use. But when the houses are up, or during the summer, there issues forth such a delivery of jests, stale even to stinking, and such swarms of standing niaiseries of all orders, as render the perusal of newspapers an operation the most trying to a man of an irritable temper. Let me disgust you with a few specimens.…

“The following is an interesting article of intelligence that appears, mutatis nominibus, some twenty or thirty times in the course of every year.

Bell-ringing. The ringers of the village of Hollywell, in the parish of Dunderhead, in the East Riding of the county of York, met on Saturday, the 17th inst., and rung round a merry peal of triple bob majors, in the key of D, in the short space of fifty-nine minutes and seventeen seconds (the tenor weighed three hundred and eighty-one pounds); after which the gentlemen partook of an excellent dinner at the sign of the Cat and Bagpipes, at West Barking, in the same parish. In the course of the evening many good catches were sung, and the party did not break up till Aurora, with rosy fingers, unbarred the portals of the East!

“There is also a perpetual paragraph:

Horticultural phenomenon. It is a remarkable fact that is now growing in the garden of Augustus Frederick Tottie, Esq. of Mount Pleasant House, near Whitton, in the neighbourhood of Hounslow, Middlesex, an extraordinary large turnip, weighing eighty-two pounds one ounce, and admeasuring sixty-three inches round the waist. It is a curious circumstance that exactly forty years ago, a turnip weighing one hundred and thirty-seven pounds eight ounces was produced in the grounds of the same gentleman, and presented to the late king by his gardener. An interesting account of this extraordinary vegetable will be found in the Gentleman’s Magazine for the year 1785.

“One is always sure to find a sort of stuff particularly out of place or improbable under the head of FASHIONABLE NEWS.

It is a remarkable fact that within the last twenty-three years there have been no fewer than four individuals serving the office of head beadle of Mary-le-bone parish of the name of Smith!! And what makes the coincidence the more singular, three of the churchwardens during the same period were named John!!! These individuals were in no way related to each other, and they all died before they arrived at the advanced age of ninety!!!! …

Narrow escape. As a gentleman was walking on the Chain Pier at Brighton, on Tuesday night, his hat was blown off by the fury of the boisterous element, and had a narrow escape of falling into the briny deep. It is a curious circumstance that the same individual nearly lost a hat in the very same way some years ago when walking on the pier at Margate! …

Curious Coincidence. It is a curious coincidence that James Hogg, aged thirty-three, was hung for house breaking at the debtor’s door, Newgate, on Monday, the 5th of March, and that, strange to say, the father of this very man died at York at the age of fifty-two, on the 7th of August, 1819!!!!

Uncommon Mildness of the Season. Mr. Polhill, of Penryn, has now a rose in blossom in his garden.

Remarkable Instance of Sagacity in a Dog. On Saturday last, a labouring man named Baldwin, in the employ of Mr. Stokes, of Weymouth, had his dinner brought to him as usual by his second daughter, an interesting little girl of nine years of age, in a covered wicker basket. But being unexpectedly called away for a few moments, his faithful dog (which is a sagacious quadruped, of the terrier breed, curiously dotted over his eyes with light brown, or tan-coloured spots, and partially web-footed) most unaccountably abstracted the poor man’s fare, for, on his return, the basket was found lying upon its side, and quite exhausted!!! …

Retirement of Lord Liverpool! It is confidently asserted in the higher circles, that Lord Liverpool is about to retire from his majesty’s councils, his lordship having unfortunately lost the royal favour, as it is said, from his persisting to wear in the morning ill fashioned, baggy, blue kerseymere pantaloons, tied with worsted strings at the ankles, with white cotton stockings, and surprisingly large leather bound shoes; a style of dress to which his majesty has more than once expressed his most unqualified dislike. The noble earl, however, with that independence which marks his character, refused to compromise his inexpressibles, and a rupture has consequently taken place.” (1)

Lord Liverpool was not a Ninny

Spring Cleaning in the 19th Century

2 commments on “Stupid News in the 19th Century”

No one can take up a newspaper without being disgusted with a number of stupid little paragraphs that go the rounds of the press.

The London Magazine and Review