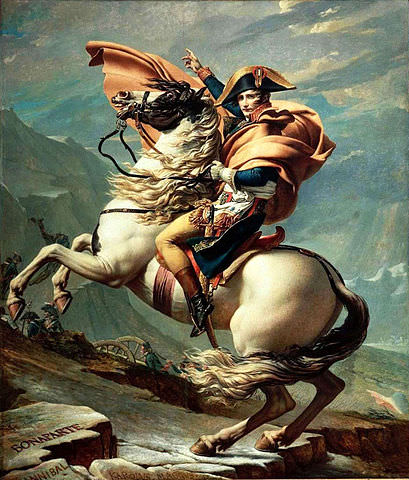 Napoleon didn’t say an army travels on its stomach, and he didn’t cross the Alps on a horse.

Napoleon is one of the most quoted people in history, and thus also one of the most misquoted. Here are 10 supposed Napoleon Bonaparte quotes that did not originate with him.

In 1673 (well before Napoleon’s birth in 1769), French aristocrat and letter writer Madame de Sévigné told a correspondent that Viscount Turenne used to say fortune was for the big battalions. Four years later her cousin, the memoirist Roger de Rabutin wrote, “As a rule God is on the side of the big squadrons against the small ones.” Voltaire and Frederick the Great also repeated this line. Ralph Keyes, in his book The Quote Verifier: Who Said What, Where and When, concludes that this alleged Napoleon Bonaparte quote is actually an old saying, especially favoured by the French. (1)

2. An army travels on its stomach.

The closest comment made by Napoleon was, “The basic principle that we must follow in directing the armies of the Republic is this: that they must feed themselves on war at the expense of the enemy territory.” (2)

This Napoleon Bonaparte misquote originated with Prussian field marshal Helmuth von Moltke in the mid-19th century. What von Moltke actually wrote was, “[N]o plan of operations extends with any certainty beyond the first contact with the main hostile force.” (3)

This well-known palindrome first appeared in an American periodical called The Gazette of the Union, Golden Rule and Odd-Fellows’ Family Companion on July 8, 1848, 27 years after Napoleon’s death. According to the article, the editor’s friend, one “J.T.R.” was trying to outdo the palindromes of a “water poet” named Taylor, and came up with the above, as well as “Snug & raw was I ere I saw war & guns.” The paper went on to challenge its readers to “produce lines of equal ingenuity of arrangement with the same amount of sense.” (4) For details of how this quote became attributed to Napoleon, see The Quote Investigator.

5. I gave them a whiff of grapeshot.

Napoleon supposedly said this regarding his dispersal of the mob marching on the National Assembly in Paris on October 5, 1795. The term was actually first used by Thomas Carlyle in The French Revolution (originally published in 1837) describing the use of cannon salvo against crowds. (5)

6. Never ascribe to malice that which is adequately explained by incompetence.

Johann Wolfgang von Goethe, in The Sorrows of Young Werther, first published in 1774, writes “misunderstandings and neglect occasion more mischief in the world than even malice and wickedness. At all events, the two latter are of less frequent occurrence.” (6) Jane West, in her novel The Loyalists (published in 1812), condenses the sentiment to, “Let us not attribute to malice and cruelty what may be referred to less criminal motives.” (7)

7. A constitution should be short and obscure.

French politician and historian Pierre Louis Roederer wrote that he drew up two plans of a constitution for the Cisalpine Republic in Italy in 1802: one very short, leaving much to the President’s discretion; the other long and detailed. He told French Foreign Minister Talleyrand to advise Napoleon to adopt the former, as it was “short and–”; Talleyrand cut him off with, “Yes, short and obscure.” (8)

8. An army of sheep, led by a lion, is better than an army of lions, led by a sheep.

This quote is attributed to many people, going as far back as Alexander the Great.

9. England is a nation of shopkeepers.

Napoleon did say this, but he wasn’t the first to do so. Adam Smith, in The Wealth of Nations (1776), wrote: “To found a great empire for the sole purpose of raising up a people of customers, may at first sight appear a project fit only for a nation of shopkeepers. It is, however, a project altogether unfit for a nation of shopkeepers; but extremely fit for a nation whose government is influenced by shopkeepers.” (9) Napoleon was familiar with Smith’s work. Even earlier, in 1766, Josiah Tucker, Dean of Gloucester, wrote in A Letter from a Merchant in London to his Nephew in North America, “And what is true of a shop-keeper is true of a shop-keeping nation.” (10) 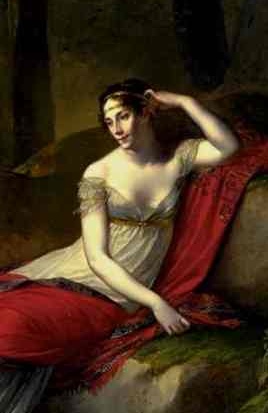 Not being privy to all of his bedroom utterances, we’ll never know whether Napoleon actually said this to his wife. There is, however, no evidence that he did. The phrase originated in the early 20th century. See The Phrase Finder.

For phrases that did originate with Napoleon, see my post about 10 Napoleon Bonaparte quotes in context and 10 Napoleon quotes about family. Napoleon’s dialogue in Napoleon in America is a mix of adapted quotations and invention.

Able was I ere I saw Elba.