Thanksgiving did not become a national holiday in the United States until 1863. In the early 19th century, Thanksgiving was celebrated on a state by state basis, with each state scheduling its own holiday on dates that could range from October to January. What began as a New England tradition gradually spread to other states, although not without resistance. 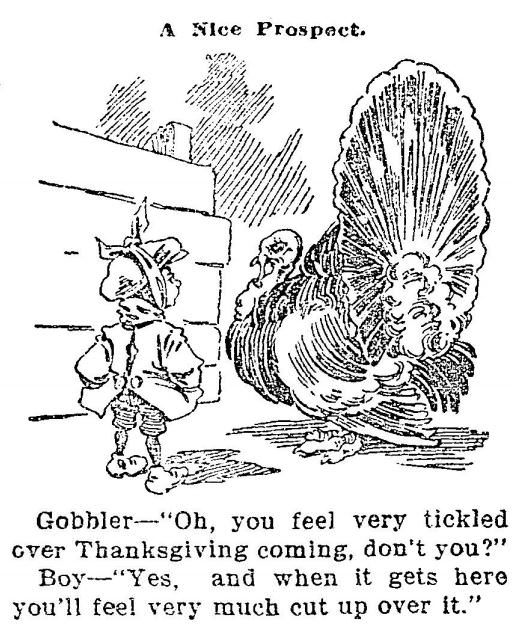 A Philadelphia newspaper noted in 1841:

Thanksgiving was held in New York and New Jersey yesterday. It has been celebrated all over New England. Even Savannah, this year, held this public festival. We do not understand why Pennsylvania should decline this religious and social holiday. Surely the people have the same causes for gratitude, and the motives for its exercise exist with the same force here as elsewhere. In fact, there is such an infusion of eastern population into every profession and employment and order of society here, that it is matter of surprise the custom should not have secured a foothold long since in Pennsylvania.

The Journal of Commerce, in alluding to the anniversary, remarks: ‘This time-honoured festival is now observed by nearly half the population of the United States. If it were possible to overcome the repugnance of Pennsylvania to every thing of Yankee origin, we might soon hope to see the whole nation, after the ingathering of the harvest, bringing their annual tribute of Thanksgiving to the Giver, by a public and solemn act.’ (1)

You will not find Napoleon celebrating Thanksgiving when he lands in New Orleans in Napoleon in America, as Louisiana did not observe Thanksgiving until 1846.

Regardless of where and when Thanksgiving was celebrated, the primary holiday traditions in the 1800s were going to church and eating a big meal.

This is the day on which the saints and sinners of this great division of the Union are called on by the Governor to rest from their labors, feed on roast turkey, and doze away an hour in the house of God. We believe this is the only case in which the civil authorities intermeddle with that which belongs only to the priesthood – the religious observances of the people. We regard this – but after all what’s the use of discussing the point? So to your knees, ye saints – it will go hard with many of you, to offer as acceptable incense, as they who only stand afar off from the temple, and hardly venture to raise their eyes to heaven. That brief exclamation of the publican – ‘God be merciful to me, a sinner!’ availed, when the long prayers, amid all the pomp and circumstance of the altar, brought down only reproof and indignation.

Faith – charity – the love of truth – and love of man – let these animate you, and every day will be one of thanksgiving and joy, as much as is permitted us in this uncelestial world. (2)

A long line of turkeys

In 1858, a clever statistician “after filling himself with turkey on Thanksgiving day, amused himself by estimating the devastation of the day in the twenty-three States that celebrated it, as follows”:

Things People Were Thankful for 200 Years Ago

2 commments on “Celebrating Thanksgiving in the 1800s”