Though not much is known about her life, Napoleon in America character Josephine Lauret has a New Orleans street named after her. Quite a lot is known about her parents and grandparents, providing glimpses into the French-Spanish-American dynamic of the late 18th century, particularly in Louisiana.

Daughter of a Revolutionary War officer 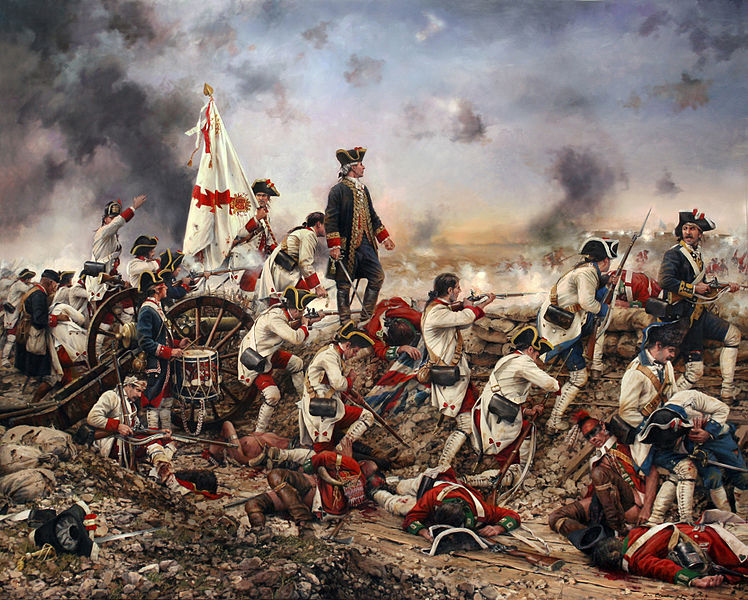 Josephine’s father, Pierre George Rousseau was born in La Tremblade, France, in 1751. (1) His mother died when he was young. His father brought Pierre and his brother to America sometime before 1764. Rousseau became an officer in the Continental Navy, which was the navy of the United States during the American Revolutionary War.

In 1779, Rousseau was part of a detachment sent to New Orleans to assist Bernardo de Gálvez, governor of Louisiana (then under Spanish rule), in routing the British from Lake Pontchartrain and the Gulf of Mexico. Rousseau helped Gálvez defeat British forces at Manchac, Baton Rouge and Natchez. He played a decisive role in the capture of the English brigantine the West Florida. Renamed the Galveztown, this became Gálvez’s flagship. In command of this vessel, Rousseau helped Gálvez take Mobile in 1780 and Pensacola in 1781, thus ousting the British from their last strongholds in the Gulf. (2)

In 1783 Rousseau married Marie Marguerite Catherine Milhet, an attractive Creole (at the time, Creole meant a person of European descent born in the Americas). She had a good singing voice, which she applied in French, Spanish and English. She saw Rousseau as a rugged soldier “who took his fun where he found it.” (3) Rousseau and Catherine had 12 children, of which Josephine, born in March 1796, was the fifth.

Rousseau continued to serve the Spanish after the Revolutionary War, receiving the rank of infantry captain. During 1786-1788 he was in charge of the northwestern Louisiana post of Natchitoches. He then for many years commanded the Spanish Light Squadron of the Mississippi. The purpose of this collection of galleys, galiots and gunboats was to protect Spanish posts scattered along the Mississippi and to ensure that the river remained a Spanish artery of commerce. After a temporary retirement due to illness, Rousseau in 1800 commanded a ship in the Spanish squadron that recaptured the West Florida fort of San Marcos de Apalache from William Augustus Bowles. Bowles was a Maryland-born, ex-British officer who became the self-styled “Director General and Commander-in-Chief of the Muskogee Nation.” He preyed on Spanish shipping in the Gulf. (4)

In 1800, Napoleon persuaded Spain to secretly cede Louisiana to France. Spain continued to administer the territory until Napoleon sold it to the United States in 1803. Wanting to remain in New Orleans rather than be transferred to Spain or one of her colonies, Rousseau requested his retirement. He died on August 8, 1810 in New Orleans, at the age of 59.

Josephine’s mother, Catherine (born in 1767), was the daughter of Joseph Milhet and Margarethe (Margaret, Marguerite) Wiltz. In October 1768 Milhet – a wealthy New Orleans merchant – participated in a rebellion by French, German and Acadian settlers to attempt to stop the French transfer of Louisiana to Spain. The following August, Spanish General Alejandro O’Reilly – an Irishman who joined the Spanish army at age eleven – easily gained control of the colony. (5) On October 25, 1769, Milhet and four of his co-conspirators were executed by a firing squad in the parade ground in front of the Spanish barracks at Fort St. Charles, in the southeast corner of New Orleans. When Bernard de Marigny later built a street in his Faubourg that began near this site, he called it Rue des Françaises – Frenchmen Street – in honour of the executed rebels.

In 1776, Milhet’s widow Margarethe remarried. Her second husband was Captain Jacinto Panis, a Spanish soldier who served under both O’Reilly and Gálvez. Panis is believed to have been in charge of the firing squad that killed Milhet, something Margarethe was said to be unaware of. As she was happy in her second marriage, no one ever enlightened her. (6)

Before the marriage Margarethe had to submit to the test of limpieza de sangre (purity of blood). This was to assure the Spanish crown that her lineage was sufficiently free of Jewish, Muslim, Indian, Black and heretical ancestry to warrant marriage to a Spanish officer. She also had to prove that she, her parents and her grandparents had never committed a crime. Her testimony had to be corroborated by notables from the community. She was expected to produce a suitable dowry, preferably including land and slaves. In February 1776, the Spanish governor of Louisiana, Luis de Unzaga y Amezaga, wrote in support of Margarethe’s petition:

I certify that the interested party has conducted herself respectably, maintaining the best conduct throughout her widowhood, that she is of limpieza de sangre, and that she has a house with twenty-five Negroes as the following documents clearly explain. (7)

After the marriage, Panis bought land along the Mississippi River about a league above New Orleans. When he died in 1786, Margarethe inherited the property. By 1813, as the growing city edged towards her plantation, she decided to subdivide the portion closest to the river and offer city lots for sale. The planned subdivision included a street named Rousseau – after her son-in-law – running parallel to the river, and a street named Cours Panis – after her husband – running perpendicular from the river to the rear of the tract. West of Cours Panis were two streets named Soraparu and Philippe; east of Cours Panis were the streets of Josephine and Adele. (8)

Josephine Street in New Orleans is most likely named after Josephine Rousseau Lauret, Margarethe’s granddaughter, who was 17 years old in 1813. The other street names also appear to have been taken from Margarethe’s granddaughters (i.e., Pierre Rousseau’s and Catherine Milhet’s daughters): Soraparu was the last name of the husband of Josephine’s oldest sister Marie; Philippe was the middle name of Josephine’s second-oldest sister, otherwise known as Felippa; Adele was Josephine’s younger sister, who died in 1818.

After Margarethe’s death, the balance of her plantation became the property of her daughter Catherine. In 1818 Catherine sold her holdings to John Poultney, a New Orleans merchant, for the sum of $100,000. Poultney couldn’t come up with the money. As a result of various legal battles, by 1824 the firm of Harrod and Ogden were the sole holders of the disputed property. They continued to subdivide the plantation and sell more city lots. The name of Cours Panis was changed to Jackson Street and the growing suburb was called Lafayette, after the hero of the American and French Revolutions. The Marquis de Lafayette made a tour of the United States in 1824, during which he visited Catherine Milhet Rousseau.

Josephine married French soldier Louis Lauret in New Orleans early in 1819. They had one daughter, Nicida (born around 1825, died October 6, 1884), who later married and had children. By 1830, when Lauret was living in the Georgia woods, Josephine was no longer with him. She is not mentioned in letters after 1824. Kent Gardien speculates she may have died. (9) However, when journalist Anne Royall encountered Lauret in Savannah in 1826, he must have referred to his wife in a current sense. Royall noted:

Monsieur L-t seems to have been unfortunate since I had the pleasure of seeing him in Philadelphia. He had married! (10)

According to Louisiana death records, a Mrs. J. Lauret died on January 20, 1867, in Orleans Parish at the age of 72. As the age roughly matches, I strongly suspect that this was Josephine Lauret.

Josephine’s older brother Lawrence Rousseau (1790-1866) also had a notable career. He became one of the highest-ranking officers in the US Navy. He served in the War of 1812, the Mexican-American War (1846-1848) and the American Civil War, where he played a key role in putting together the Confederate Navy. (11)

11 commments on “Josephine Lauret: Namesake of a New Orleans Street”

Monsieur L-t seems to have been unfortunate since I had the pleasure of seeing him in Philadelphia. He had married!