Was Napoleon Bonaparte a good leader? Was he a hero or a tyrant? I often get asked questions that boil down to “was Napoleon good or bad?” It is not an easy question to answer. Like most of us, he was neither entirely good, nor entirely bad. Reasonable people can disagree about how Napoleon’s life and legacy should be regarded. The answer depends on what you value, and by what standards you are judging him. Below is a brief summary of arguments usually made in favour of, and against, Napoleon. 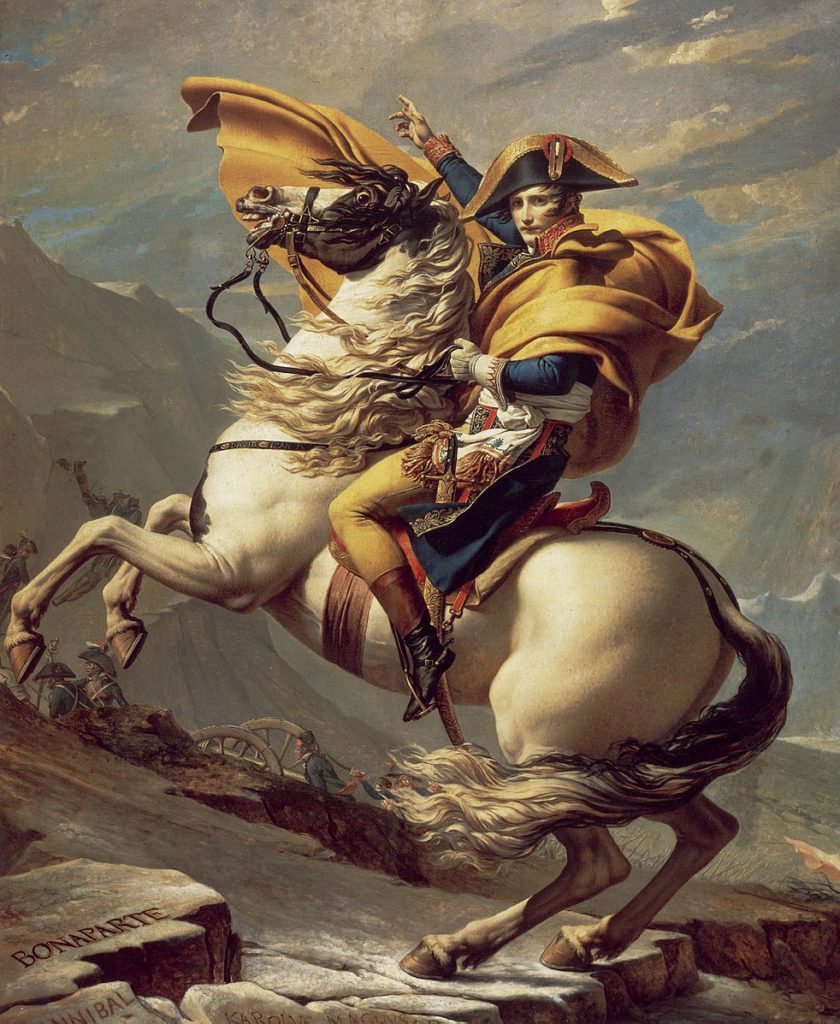 Napoleon was an excellent general.

Napoleon was an exceptional military commander (see, for example, “Napoleon was the Best General Ever, and the Math Proves it”). He fought over 70 battles, and was defeated in only eight. He transformed the way in which the French army operated and turned France into the greatest military power in Europe. His confidence and ambition inspired his troops, and their victories brought glory to France.

Napoleon saved France from the chaos of the French Revolution.

Napoleon brought stable government to France after years of violent political turmoil resulting from the French Revolution of 1789. He granted amnesty to most émigrés (royalists who had fled the country after the Revolution), and admitted a number of talented émigrés to government service.

Under Napoleon’s guidance, a commission of jurists finished drafting a body of clearly written civil laws to replace the patchwork of customary feudal and religious laws that existed in France (the effort to come up with a rational, uniform set of laws actually started before Napoleon came to power). The code recognized the principles of civil liberty, the equality of men before the law, and the secular nature of the state. The Napoleonic Code influenced the development of legal systems around the world. It remains the basis of civil law in France, Belgium and many former French colonies.

Napoleon brought a number of useful innovations to France that survive to this day. He centralized government administration and introduced the prefecture system. He facilitated the adoption of the metric system, built public roads and sewers, and instituted a system of state-supported secondary education, through the lycées. He established a stable, single currency and created the Bank of France. He introduced meritocracy to both the French government and the French army, in which people were promoted on the basis of their ability, rather than on the basis of their family background.

Napoleon reconciled the French state and the Catholic Church.

During the French Revolution, the French church was removed from papal authority, church lands and endowments were seized by the state, and most clergy fled the country. In 1801, Napoleon signed a concordat with the Pope. This agreement acknowledged Catholicism as the religion of the majority of French people. Priests were allowed to return to their churches and preside over worship, although the church’s confiscated property was not returned.

Napoleon compromised the gains of the French Revolution.

The French Revolution ended monarchical rule in France. Napoleon brought it back. Instead of returning power to the people, he truncated the powers of the legislature, rewarded his supporters, had himself proclaimed Emperor, presided over an extravagant court, and showered his family with wealth, positions and privileges. He reduced the rights of women. He ended freedom of the press, constrained freedom of association, and created a new, greedy nobility.

Napoleon was responsible for a lot of death and destruction.

Napoleon kept Europe at war for 15 years. This resulted in an estimated 3.5 million to 6 million deaths, and millions wounded. Numerous cities, towns and villages were looted, bombarded, or burned. Thousands were left homeless. An unknown number of women and girls were raped. Institutions were shattered in the territories Napoleon conquered, and the economic life of Europe was severely disrupted. Napoleon’s proponents blame other European countries for the Napoleonic Wars, but in many cases Napoleon provoked the allies. He was the one who chose to invade Spain and Russia. He refused to take opportunities for peace when they were offered.

Napoleon was responsible for the massacre at Jaffa

During the Egyptian campaign in 1799, the French laid siege to the city of Jaffa, in what is today Israel and was then under Ottoman (Turkish) control. After capturing the city, Napoleon allowed his troops to spend at least two days looting the place and raping and slaughtering its inhabitants, including the elderly, women, and children. He also ordered the execution of up to 3,000 prisoners of war (mainly Albanians), even though they had been promised mercy when they surrendered to Napoleon’s stepson, Eugène de Beauharnais. The prisoners were marched to the beach and shot or bayoneted. Overall, an estimated 4,100 people were massacred by the French at Jaffa.

Napoleon left France in a weaker position than when he started: exhausted by war; out of money; confined to borders that were smaller than when he came to power; shorn of most of her overseas colonies; and at the mercy of victorious allies.

The debate over whether Napoleon did more good or harm has been going on ever since he died. When news of Napoleon’s death reached London in 1821, The Times commented: “Upon the whole, Buonaparte will go down to posterity as a man who, having more good at his disposal than any other potentate of any former age, had actually applied his immense means to the production of a greater share of mischief and misery to his fellow-creatures.” (1) In contrast, a liberal paper in Paris observed: “History, an impartial judge, will confess that Napoleon has rendered eminent services to the social order…. The truth must sit upon his tomb; and let us not be diffident in saying that the prisoner of St. Helena will be counted among the great men.” (2)

Napoleon left France crushed, invaded, drained of blood and courage, smaller than when he had taken control of her destinies, condemned to ill-drawn frontiers, the evils of which still persist, and exposed to the distrust of Europe which has weighed upon her to this day. But it is impossible to dismiss as of no account the matchless lustre which he imparted to our armies.… (3)

More recently, Andrew Roberts and Adam Zamoyski debated whether Napoleon should be regarded as great (watch here and here).

Regardless of one’s view of Napoleon, he has long captured the popular imagination. With his iconic hat, his image is recognized around the world. He has inspired artists, musicians and writers for over 200 years. He has been used to sell everything from antacid to wine. Napoleon was a man of huge ambition and ability who rose to the pinnacle of success and then wound up like Prometheus, chained to a rock. In the words of late 19th-century British Prime Minister Lord Rosebery:

No name represents so completely and conspicuously dominion, splendor, and catastrophe. He raised himself by the use, and ruined himself by the abuse, of superhuman faculties. He was wrecked by the extravagance of his own genius. No less powers than those which had effected his rise could have achieved his fall. (4)

30 commments on “Was Napoleon good or bad?”

No name represents so completely and conspicuously dominion, splendor, and catastrophe.