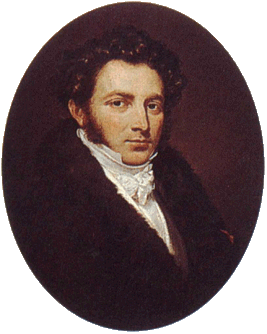 When Napoleon disappears from his Saint Helena residence of Longwood in Napoleon in America, there is one other person missing: Napoleon’s valet, Louis-Joseph-Narcisse Marchand.

Louis-Joseph Marchand was born into a middle-class family in Paris on March 28, 1791. His mother, Marie-Marguerite Broquet, became a nurse to Napoleon’s and Marie Louise’s son, the King of Rome. Marchand’s sister Henriette was one of Marie Louise’s wardrobe girls. In 1811, Marchand entered the imperial household as a domestic servant. When Napoleon’s first valet, Louis Constant Wairy, deserted Napoleon in 1814, General Henri Bertrand chose Marchand to replace him.

Marchand’s devotion to Napoleon, like that of Bertrand and Louis Étienne Saint-Denis, was remarkable. He went with Napoleon to Elba, returned to France with Napoleon during the Hundred Days, remained faithful to Napoleon after the latter’s defeat at the Battle of Waterloo, and accompanied Napoleon to St. Helena, where he served until Napoleon’s death on May 5, 1821.

Marchand kept notes throughout these years. They were published in French in two volumes in 1952 and 1955 (Mémoires de Marchand) and in English in 1998 (In Napoleon’s Shadow). These are considered to be among the more trustworthy accounts written by people surrounding Napoleon. For more about Marchand’s memoirs, see this article by Chantal L’Heurot-Prévot on Napoleon.org. For a discussion of the validity of the various Napoleonic memoirs, see “The Truth About Memoires” by Max Sewell on The Napoleon Series website.

Marchand was the perfect servant: discreet, loyal, intelligent and kind. He idolized the Emperor – not an easy man to serve – and did everything he could to maintain Napoleon’s comfort and illusion of power when the latter was diminished to the status of an English prisoner on St. Helena. Marchand lays it on a bit thick in this passage, describing how he and his comrades arranged things in Napoleon’s temporary lodgings at The Briars, home of East India Company official William Balcombe and his family. But it illustrates the tenor of Marchand’s thought.

It was there that the master of the world, abandoned to his fate, was to reside for two months. He would have to wait for his intended house, located in the most sterile portion of the island, to be finished. Faced with such great misfortune, we understood that the time for self-denial had arrived. We did not fail in this, we took care of everything, and the Emperor was served in Saint Helena with the same zeal, the same care, and the same attentiveness as at the Tuileries in his time of splendor. Nothing was too much for us to achieve this end, the single and only goal of our desires, happy to prove to him such a well-deserved devotion at any price. (1)

Marchand’s time on St. Helena was not one of unremitting self-denial. He had an affair with an English sergeant’s daughter, Esther Henrietta Vesey or Vizey (1801-1838), with whom he fathered two children: James Octave, born on June 3, 1817, and (probably) Thomas John James Louis, born on April 18, 1821. (2) Marchand also liked to sketch and to paint, particularly landscapes, and always carried a notebook and a pencil with him on his walks. 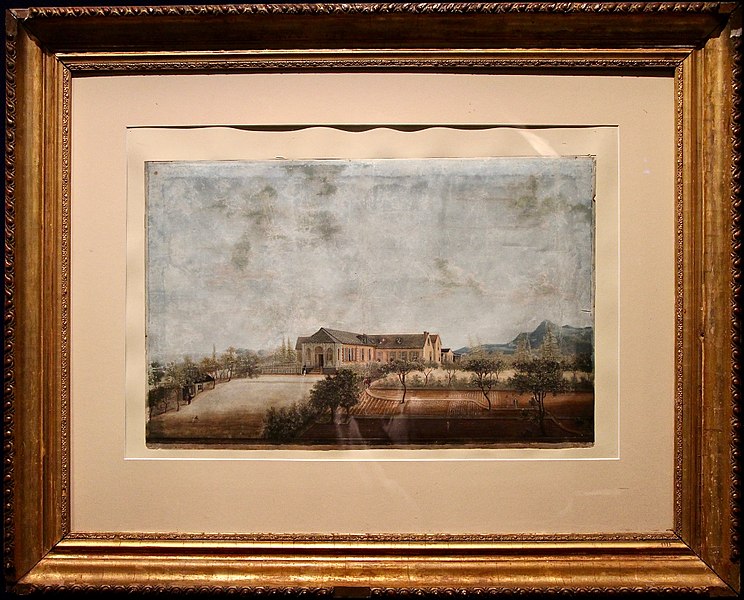 Marchand proudly recounted how Napoleon admired one of his watercolours of Longwood House (given to Tristan de Montholon and later destroyed in a fire in Brussels).

That evening when he went back into his private quarters, the Emperor spoke to me of that drawing with great praise, which it certainly did not deserve…. The Emperor had found it remarkably accurate in its lines, and with perfect colors: ‘It is exactly the poor vegetation of Longwood and its wilted lawn. You have missed your calling,’ he said to me, placing his hand on my cheek.

‘Sire,’ I said to him, ‘I have nothing to complain about in this position which fate has placed me, and more people envy me for this than would be the case with my painting.’ After that time, if it happened that I was not there when he called for me, he never failed to say: ‘If you chase away that which comes naturally, it gallops right back: he has probably returned to his paintbrushes.’ This often turned out to be true. (3)

Napoleon recognized that he was fortunate to have Marchand’s care. When the valet was struck with an intestinal disease in early 1819, Napoleon had a bed set up for him in the dining room, where Marchand could be more comfortable than in his overheated room in the garret. Saint-Denis wrote:

Every morning the Emperor did not fail to ask how he was, as well during the day. When he went to walk in his gardens, if he happened to pass through the dining room, he would come up to the sick man’s bed and say to him, ‘Well, Mam’zelle Marchand, is the princess coming to see you? Has she sent to know how you are? Look out, she may be unfaithful to you.’…([Esther] came to Longwood habitually every week with her little boy….) When he learned that the doctor was giving mercury to Marchand he said: ‘These devils of English doctors treat their patients as they treat horses. Well, if [Dr.] Verling cures him, that is all that I ask.’ (4)

Marchand also described this episode, concluding, “I…learned with some pleasure that being accustomed to my care, [Napoleon] had felt deprived of it during my illness. ‘Saint-Denis and Noverraz also offered care, even devotion,’ he said of them, ‘but they don’t know my habits as Marchand does.’” (5) Napoleon’s attitude was probably inspired as much by fear of abandonment as by affection, though he was clearly fond of Marchand and often called him “my boy.”

Napoleon’s death and beyond

On May 4, the Emperor refused all help offered to him. He continued to drink water and wine with sugar, or sugar water flavored with orange blossoms: these were the only drinks that appeared to please him. Each time I served them to him, he answered me with these words: ‘That is very good, my boy.’ He often vomited what he took, the retching became more frequent. He made an effort to get up. Dr. Antommarchi tried to prevent him from doing so, but he pushed him away, appeared very upset by the attempts to constrain him, and demanded to be left alone…. Around 10 o’clock, he seemed to be asleep under the mosquito netting that had been lowered…. The Emperor made an effort to vomit: I immediately raised the mosquito netting to offer him a small silver basin into which he vomited a blackish liquid, after which his head fell back onto the pillow. The hiccups that had appeared at intervals became much more frequent, and delirium set in; the Emperor pronounced a lot of inarticulate words that were translated ‘France,… my son,… the army…. These were the last words we were to hear. (6)

On his deathbed, Napoleon gave Marchand the title of count and named him a trustee of his will and codicils. He bequeathed 400,000 francs to Marchand, with the words “the services he has rendered me are those of a friend.” He also said that Marchand should marry the daughter of an officer of the Old Imperial Guard.

Back in Paris, the Montholons recommended Mathilde (born on March 30, 1805), the daughter of Napoleonic General Michel Silvestre Brayer. In 1816, General Brayer had been sentenced to death by the Bourbon regime and had fled to the United States, where he joined the Chilean independence movement. For several years he commanded the Chilean Independence Army under the name of Miguel Brayer, until his return to France in 1821. Brayer’s name is sometimes mentioned in connection with plots to rescue Napoleon from St. Helena.

Louis-Joseph Marchand married Mathilde Brayer on November 15, 1823. You can see a portrait of her on the Muzéo website. They had one child, Malvina, born in September 1824. She married in 1845 and had four children.

Marchand was present on the 1840 voyage to return Napoleon’s remains from Saint Helena to France. Otherwise, he “led a discreet and quiet life in Paris, welcomed with open arms by all who kept the imperial cult.” (7) Napoleon’s nephew, Napoleon III, confirmed Marchand’s title of count in 1869 and made him an officer of the Legion of Honour. Louis-Joseph Marchand died at his summer residence in Trouville on June 19, 1876, at the age of 85. Mathilde died on January 21, 1881, age 75. There is a tantalizing suggestion, laid out here in French, that she may have visited Montevideo in 1843.

[T]he Emperor was served in Saint Helena with the same zeal, the same care, and the same attentiveness as at the Tuileries in his time of splendor.