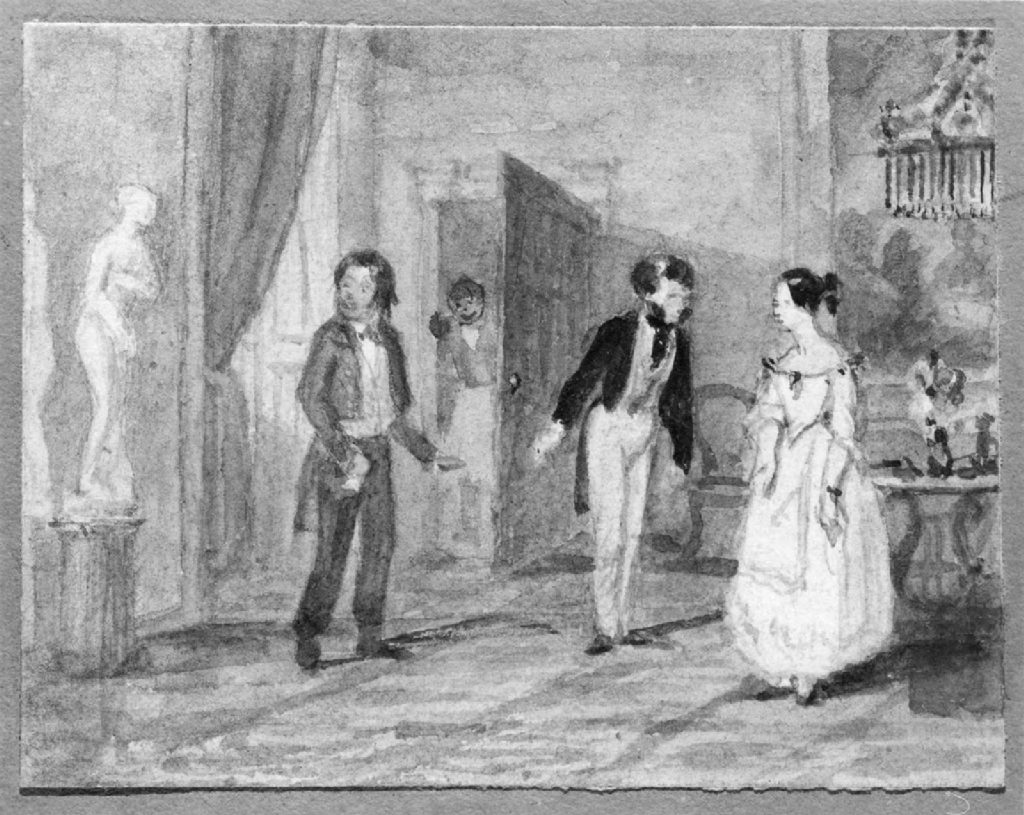 New Year’s day, 1830, took place while we were at Hoboken. It was a fine clear day. We therefore passed over to Long Island to the Brooklyn Heights, to see the packets for England and other ports, which depart on the first day of each month, making sail in the Bay. I never witnessed a more animated scene. On our return through New York we were surprised to observe the streets more crowded than at any former period; and afterwards found, that it is usual for people of all descriptions to call at each other’s houses, were it but for a moment, on the first day of the year. Cold meat, cake, confectionery, and wines, are laid out upon a table, that all who call may partake; and it seems the general understanding that such a one’s friends who do not call upon him on the first day of the year are not very anxious to continue his acquaintance. There must be limitations to the rule, but I never could get them well explained; there is no doubt that the practice, as I have stated it, is very general. (1)

The confectioners make great seed-cakes at Christmas and New Year. They are thought such curiosities that advertisements are issued, and people go to see them on the day before they are cut. One of them at Palmer’s, a confectioner in Broadway, weighed 1500 pounds. (2)

Seed cakes were sweet cakes flavoured with caraway or other aromatic seeds. Below are some seed cake recipes from the 1820s.

Mix half a pound of best white sugar with two pounds of flour in a large bowl or pan. Make a hole in the centre, and pour into it half a pint of lukewarm milk, and two spoonfuls of yeast. Mix a little of the surrounding flour with this, and throwing a cloth over the vessel, set it in a warm place for an hour or two. Add to this half a pound of melted butter, an ounce of caraway seeds, and a little allspice, ginger and nutmeg, and milk sufficient to make the whole of a proper stiffness. Butter a hoop and pour in the mixture. Let it stand half an hour at the mouth of the oven, to rise, and then bake it. (4)

To Make a Good Seed Cake

Take two pounds of butter beaten to a cream, a quarter of a peck of flour, a pound and three quarters of fine sugar, three ounces of candied orange-peel and citron, one ounce of caraway seeds, ten eggs, but only five white; a little rosewater, a few cloves, mace and nutmeg; a little new yeast, and half a pint of cream; then bake it in a hoop, and butter your paper; when it is baked, ice it over with the whites of eggs and sugar, and set it in again to harden. (5)

It seems the general understanding that such a one’s friends who do not call upon him on the first day of the year are not very anxious to continue his acquaintance.